Volunteers have saved thousands of "cold-stunned" sea turtles near South Padre Island in Texas after a record-breaking winter storm brought freezing temperatures to the region. 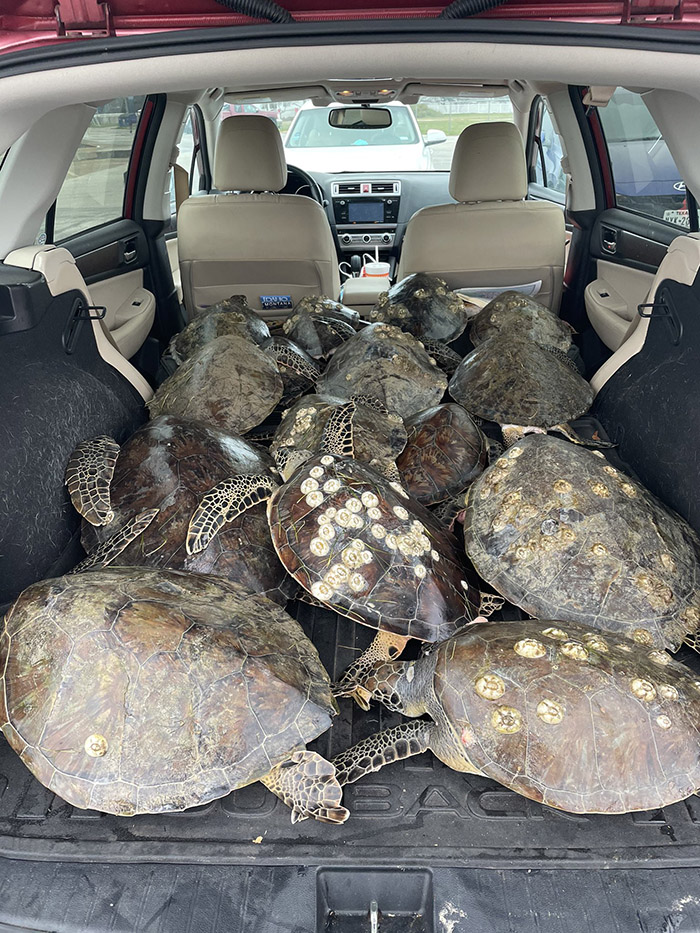 Thousands of stunned turtles have been washing up on the Gulf Coast. Rescuers are loading the sea turtles in the back of their vehicles and taking them to rescue centers and wildlife sanctuaries.

With so many turtles needing help, local convention centers have also opened their doors to turtle storage.

They ran out of space at the rescue center, so the local convention center opened its doors to turtle storage. This video was from yesterday afternoon. By the time my mom sent it to me, there were so many more that she said, “there is no empty floor space tonight.” pic.twitter.com/g6Gw7dfIOQ

Cold-stunning happens when an abrupt drop in temperature traps turtles in frigid water and makes it hard for them to swim to a warmer environment.

They are vulnerable to shock, pneumonia, frostbite and potentially death, according to the Turtle Island Restoration Network. 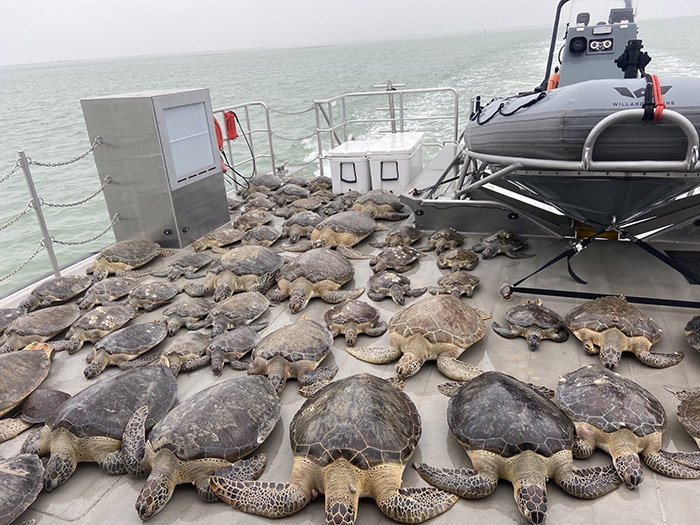