A snowy owl was spotted in New York City's Central Park on Wednesday.

Experts say there hasn't been a recorded sighting of a snowy owl in Central Park in over a century. 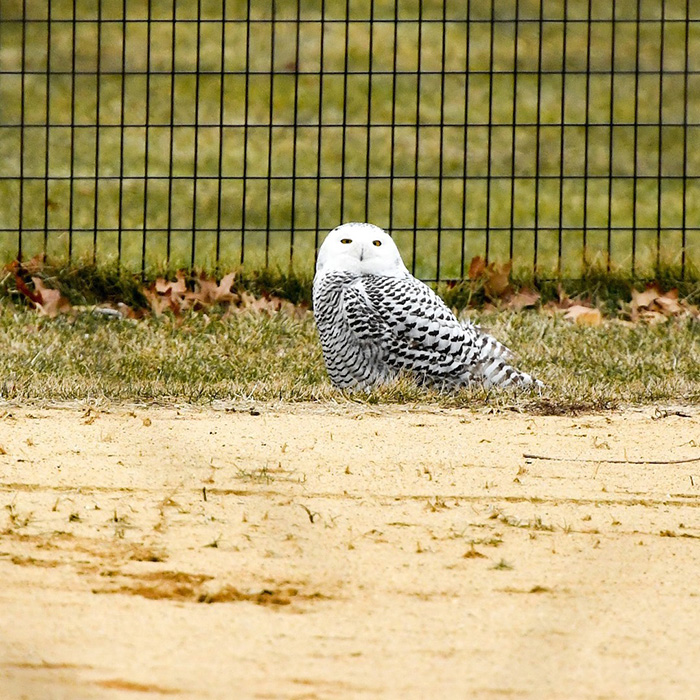 The owl was seen on the North Meadow ballfield, according to several witnesses.

"Look what the snow blew in this week — a Snowy Owl in Central Park!" the NYC Dept. of Parks & Recreation wrote on Facebook. "In winter you will occasionally find a snowy owl enjoying the sandy dunes at our shorefront parks. It is rare to see one sightseeing in Manhattan! Snowy owls prefer a lot of personal space and are best viewed through scopes or binoculars."

Just incredible to see a Snowy owl in Central Park yesterday! It's only the second time one has been recorded in the park, the first time being in 1890! Thanks to those that reported the sighting so that so many were able to see this spectacular bird! #birdcp #centralparkbirds pic.twitter.com/ywESRToY8M

Witnesses said the owl was not much bothered by the crows that gathered around it.

Snowy Owl in my beloved Central Park
Thankful for all the alerts!!!#birdcp pic.twitter.com/is72hFI5vX

According to Paul Sweet, the collection manager of the Department of Ornithology at the American Museum of Natural History, the last sighting of a snowy owl in Central Park dates back to 1890.