A teenager in Georgia will no longer have to walk 7 miles to work after school thanks to one woman's act of kindness. 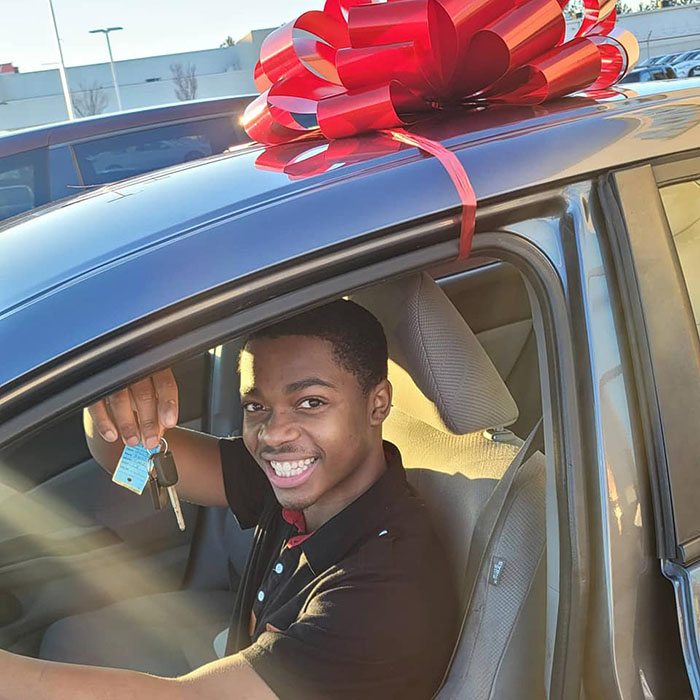 Jayden Sutton, a high school senior, made the trek on foot each day from school to his job at a restaurant and then back home.

Sutton was determined to work and make enough money to eventually buy his own vehicle, as his mother was recently laid off and her car was totaled several weeks ago.

Sutton told the outlet he'd leave school at 3:30pm., then walk miles to his job at the restaurant. After his shift, which usually lasted between six to eight hours, he walked home, sometimes not arriving back until almost midnight.

That all changed when Lavonda Wright Myers saw him walking down the road in the rain in December.

"The young man was relentlessly in a rush walking to work saying 'I can't be late'," Myers said. "He said, 'ma'm could you give me a ride please?' I told him I could take him as far as I was going. I began to create small talk along the way. It was revealed to me that his name was Jayden, 12th grader, works 40 hours a week, walks 5 miles to work everyday immediately after school, gets off at 10:30pm at night and walks back home another 5 miles if co-workers don't offer a ride."

After dropping Sutton off, Myers said his heart and determination filled her with tears.

"He was smiling in good spirit and that's a child worth blessing," she told Fox News.

She surprised Sutton with a new car after she managed to convince the general manager of the Nalley Honda dealership in Union City to drop the price of the vehicle to meet the budget. 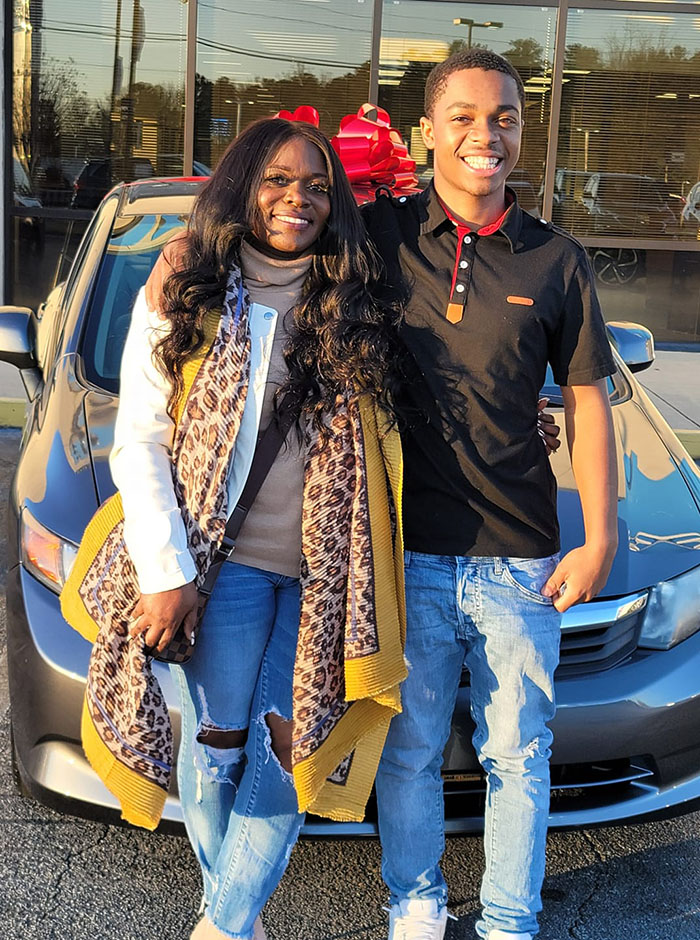 "GOD DID IT YALL‼️ Plz know GOD PROVIDES‼️ Jayden no more walking 7 miles to work after school young man. GOD bless everyone that donated entrusting me & GOD with your seed I declare a 100 fold return," Myers wrote.

"Everyone from around the world that donated, believed and prayed with me thank you for trusting me with every penny and I bless GOD for your sacrifice," she continued. "I declare it returns to you 100 fold."

Myers added that Sutton's mother is very grateful and told her this act of kindness "has blown her mind".