Former Gang Member Is Named Missouri Teacher Of The Year

"All of us have the power to change the trajectory of someone's life, to make a positive impact on our students. It's what I try to do every day." 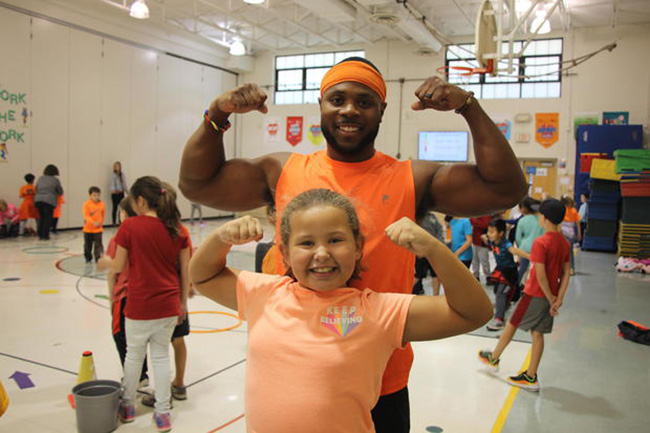 Cockrell teaches physical education at Crestwood Elementary in St. Louis. In his acceptance speech at the Teacher of the Year Recognition Ceremony, he went into detail about his upbringing.

"I was born to a drug-addicted mother who had two of her six kids by the age of 16. My father was murdered when I was 4, and I began my journey in and out of the foster care system not long after my 6th birthday," he continued.

But in the end, a handful of people recognized his potential and put him on a path toward success. He credited two P.E. teachers for creating another world for him when the one around him wasn't going his way.

At one point, he lived at a boys' home near his middle school and he said a worker there named Ken, who looked after him, also made a huge impact on his life.

Now, Cockrell is teacher himself, and he's not only trying to teach kids physical education, but about compassion and perseverance.

"All it takes is one person, one interaction, one kind word to make the world a better place," he said.