This is Lt. Brian Zach of the Kingman Police Department in Arizona. He recently adopted a little girl he met during a welfare call in 2018. 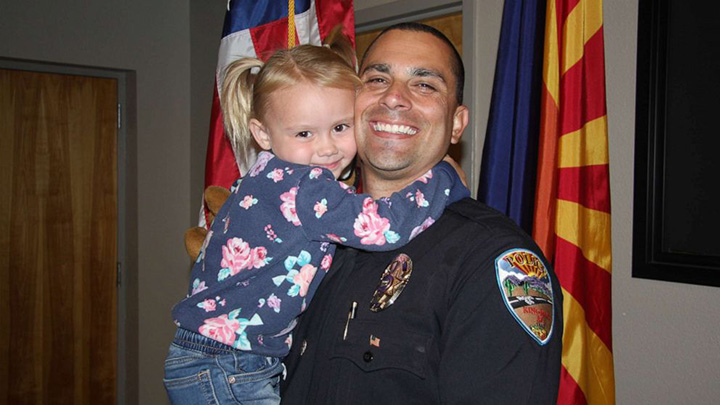 In March 2018, Zach was working as a patrol sergeant when he got a call to check Kaila's residence. Kaila, 4, is a survivor of abuse and Zach spent that evening bonding with her.

"We colored, we snacked ... she held my hand and she was just this cute little thing," Zach said. "Once detectives came, they picked her up and took her to the hospital." 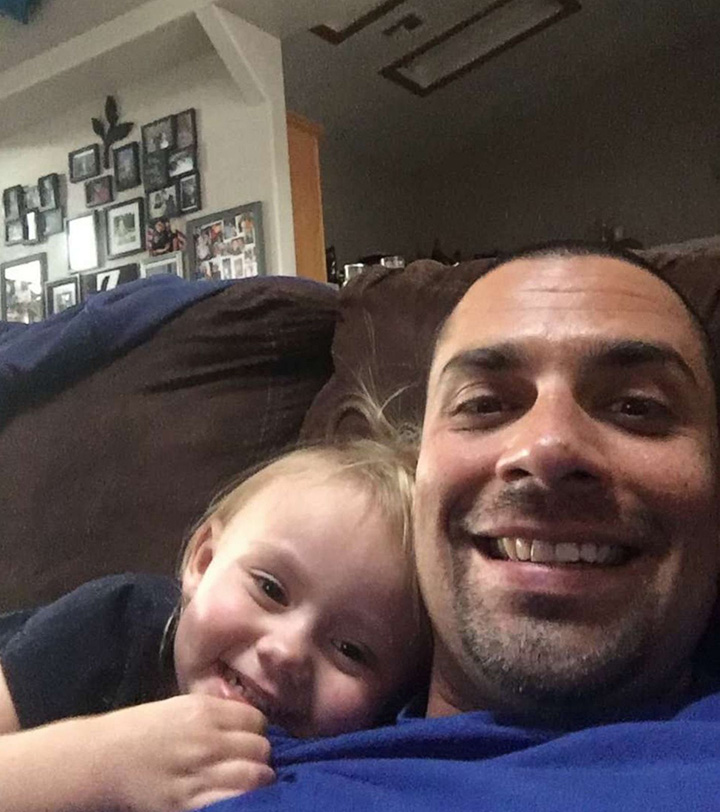 After spending hours with Kaila, Zach went home and told his wife about her.

"He shows up, he's like, 'I got to hang out with the cutest little girl. She was so awesome'," his wife Cierra told KTVK.

During this time, Kaila was being treated for multiple injuries as a result of physical abuse. Child protective services couldn't find immediate placement for Kaila, so Zach stepped in.

"We had to get a bed. We had to get a high chair, potty chair. She came with a bag of clothes that didn't fit her and a sippy cup and that was it," he said.

"She's happy and she's flourished and when we got her she knew three words basically she grunted like a caveman, she didn't know how to talk. And now she loves to talk," he said.

Zach and his wife fostered Kaila for two years. "We lived each week not knowing if she was going to go back to her biological parents, or how long we were going to keep her," he said.

On August 18, 30 months after she came into their care, the Zachs officially adopted Kaila at Mohave County Superior Court in Lake Havasu City.

Zach's message to families who are considering adoption is to not be afraid of the process because it's "well worth it."