Kim Ng has become the first female general manager in Major League Baseball after accepting the position with the Miami Marlins. 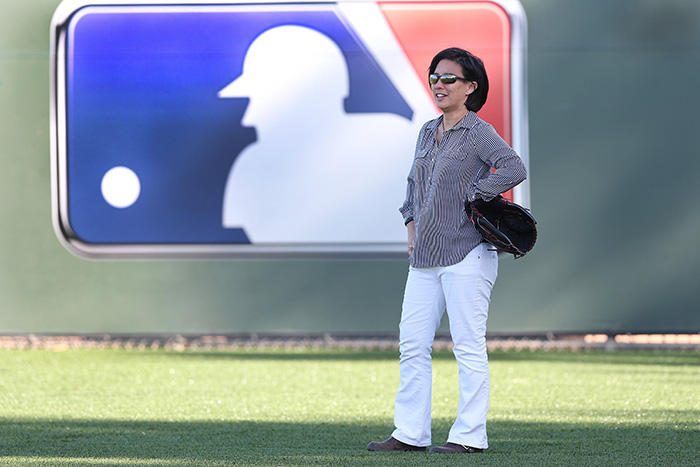 Kim, 52, has most recently served as MLB's senior vice president of baseball operations for the past nine years. She has also served as assistant general manager for the New York Yankees and Los Angeles Dodgers.

"I entered Major League Baseball as an intern and, after decades of determination, it is the honor of my career to lead the Miami Marlins as their next General Manager," Ng said in a statement.

"This challenge is one I don't take lightly. When I got into this business, it seemed unlikely a woman would lead a Major League team, but I am dogged in the pursuit of my goals. My goal is now to bring Championship baseball to Miami."

Ki will be the fifth person to lead the Marlins' baseball operations. She succeeds Michael Hill, who was not retained after the 2020 season.

"All of us at Major League Baseball are thrilled for Kim and the opportunity she has earned with the Marlins," MLB commissioner Rob Manfred said in a statement. "Kim's appointment makes history in all of professional sports and sets a significant example for the millions of women and girls who love baseball and softball. The hard work, leadership, and record of achievement throughout her long career in the National Pastime led to this outcome, and we wish Kim all the best as she begins her career with the Marlins."