A New Jersey man is being hailed as a hero for saving a man from a sinking car in Newark Bay. 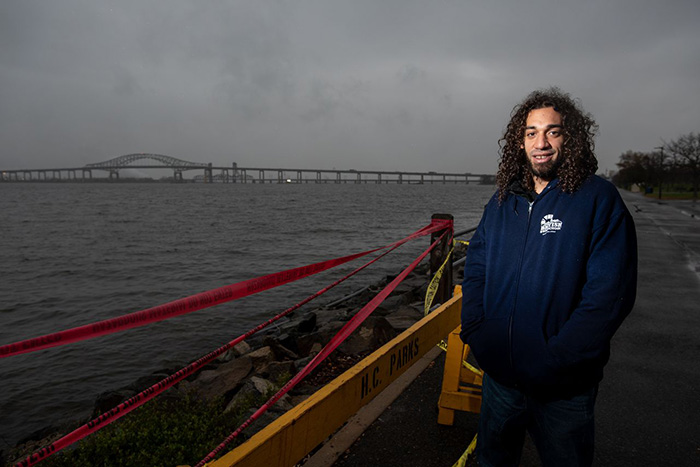 On Tuesday afternoon, Anthony Capuano, 29, had just finished a workout in the park when he heard screaming.

A group of roughly 20 bystanders had gathered on the shore, he said, watching a car sinking into the bay.

Capuano, who happens to be a lifeguard and swim coach, didn't hesistate to jump in -- but first he had to take off his prosthetic leg.

Eleven years ago Capuano was struck by a train. First responders saved his life but it cost him his leg.

In the video below, Capuano can be seen swimming furiously through the bay toward the vehicle, while onlookers scream from the shore.

Capuano helped pull the victim to safety and onto dry land.

"It was crazy because I got him out in the last second," Capuano said. "It was that moment when a car goes into a body of water where all the air releases and then the car sinks. That’s basically when I pulled him out."

After an investigation, authorities say it was determined that while pulling over to answer a call and attempting to park, the driver lost control of the vehicle and simultaneously had his foot on both the brake and accelerator pedals. This caused him to accelerate the vehicle into the bay.