After an energy audit in 2017, Batesville High School in Arkansas opted to go solar. The money saved is being used to give raises to teachers. 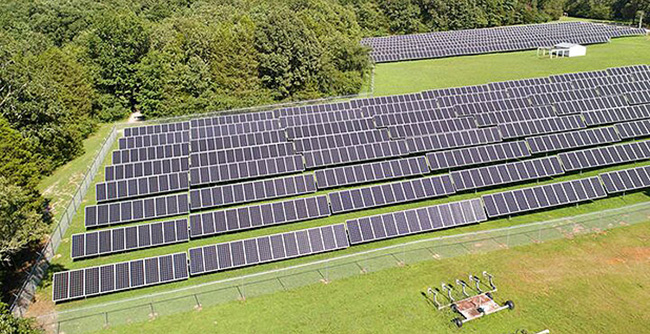 Batesville High School was outfitted with more than 1,400 solar panels after the audit revealed that the school district could save at least $2.4 million over 20 years.

The annual energy consumption of the school district decreased by 1.6 million kilowatts and in 3 years generated enough savings to transform the $250,000 district budget deficit into a $1.8 million surplus.

And a major chunk of the money saved is going toward teachers’ salaries -- fueling pay raises that average between $2,000 and $3,000 per educator.

The project's success in Batesville has had a ripple effect on the surrounding region.

"There's at least 20 school districts just in our area that have emulated our model," Hester said. "We have the numbers to prove and to show from performance that we're walking the walk. That's a slam-dunk for districts around us."