As the CalWood Fire swept through Boulder County, Colorado, on Saturday Travis Ochs was forced to leave his horse and donkey behind.

He returned the next day to find his beloved animals unharmed. 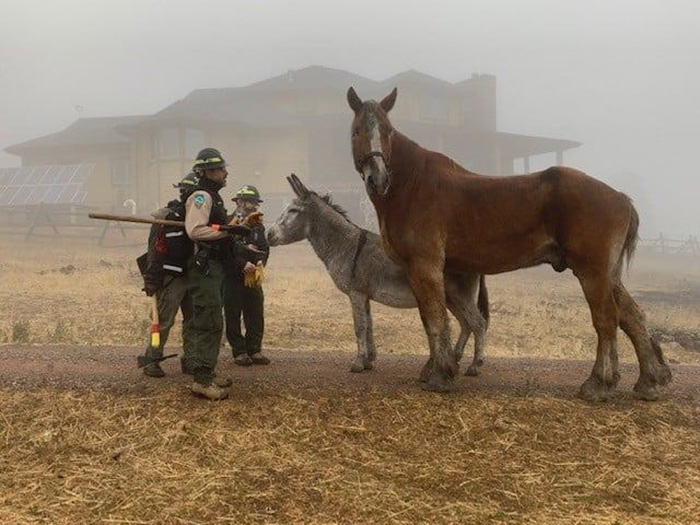 Just after 1 p.m. Saturday, Ochs got a text message from a park ranger. There was a fire burning just west of him, and it was growing.

Ochs, his sister, and mom, Alice Ochs, all lived on the ranch in their own homes.

Ochs drove his mom to safety, driving her to another home she owns near Haystack Mountain. By the time he returned about 1:30 p.m. to shut off the gas in his home and rescue his animals, the fire had worsened.

Ochs then drove to his sister's house and told her there was no time to pack. The siblings grabbed their animals, a horse named Adam and a donkey named Ennis, but they had no access to trailers. Boulder County Parks and Open Space called in horse trailers to help the family but it was too late.

"The police said, 'It's not safe. You need to turn the horses loose and get in the car,'" Ochs said. "They were nice and just doing their job. We were really close to getting them in the trailer, but the fire was running faster than we were."

Ochs said it was agonizing leaving the animals behind in those conditions.

On Sunday, firefighters and park rangers went to survey the damage on the ranch and found Adam and Ennis unharmed. 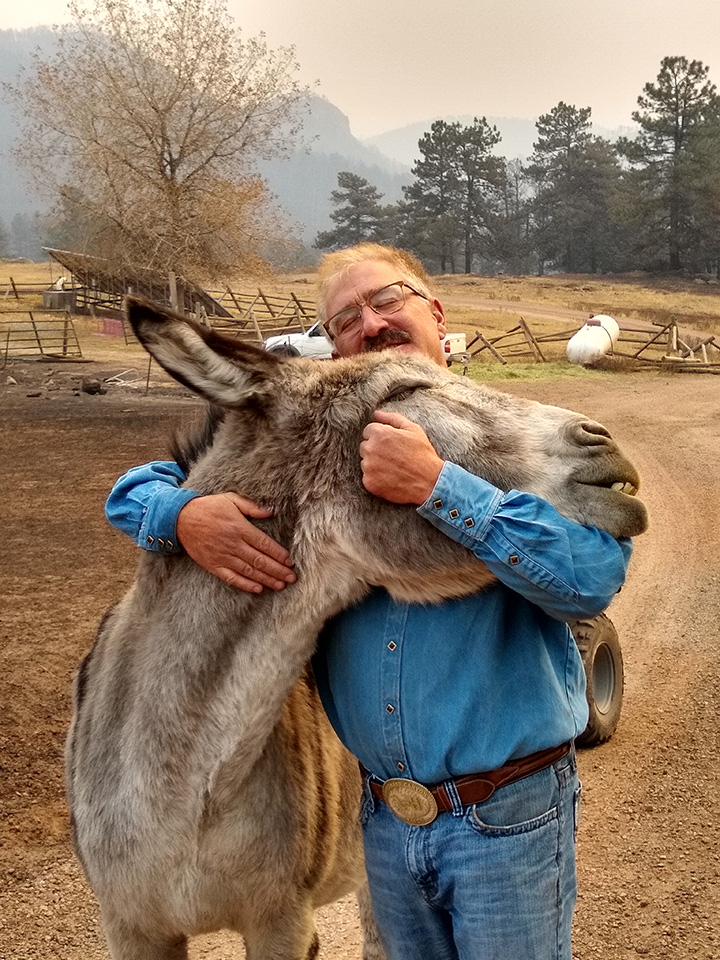 "It was a surprise and a great relief to find them alive, a little singed and hungry, but other than that, healthy" said Jason Vroman, a senior park ranger with Boulder County Parks and Open Space.

Ochs thinks that as the fire burned around them, Adam and Ennis likely helped each other to survive.

"I can't imagine if they were alone, because Adam is very nervous," Ochs said. "If he didn't have Ennis with him now, he would be really stressed out."

The Boulder County Sheriff's Office has reported that, so far, at least 20 homes have been destroyed and a total of 27 addresses were impacted by the fire.

As of Monday evening, the CalWood Fire remains at 76% containment.