An 8-year-old boy in Toronto was losing his vision due to a rare genetic disorder.

Now he can now see clearly again, thanks to gene therapy. 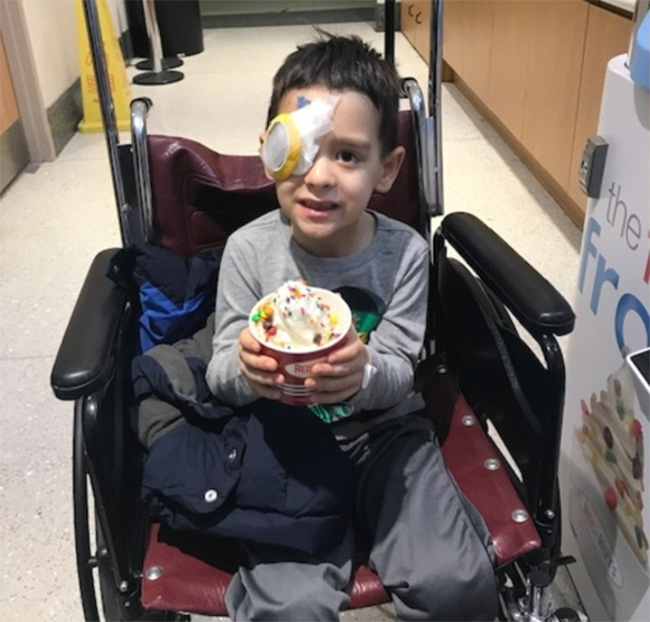 Sam was diagnosed after birth with a genetic disorder called retinitis pigmentosa, a form of genetic retinal degeneration resulting from mutations in the RPE65 gene. Symptoms often begin in childhood, which includes decreased vision at night or in low light as well as loss of side vision.

The eye disease is progressive and affects between 1 in 3,500 to 1 in 4,000 Canadians, according to Fighting Blindness Canada.

"Sometimes you have to walk in the night and I couldn't see things and you bump into things," Sam told CTV News.

So, last year, Sam and his family traveled to the U.S to try gene therapy because it wasn't approved in Canada yet.

"About a week later, I noticed he could get dressed by [himself]," she said. "He could get his shoes on by himself, independently."

His improvements have continued in the year since he first received the gene therapy.

"He is so much more confident," his mother told CTV News. "Like getting dressed by himself, matching clothes, doesn't have to have things enlarged. Being able to [see], even when it's dark outside, no lights on and it is a cloudy day. He would have to, at school, keep the lights on.

"Now he is able to function as a normal child."

But the best part of his improved vision, says Sam, are the stars at night.

"I never saw stars before," he said. "And I also never saw airplanes flying at night."