A firefighter battling wildfires in California rescued an orphaned mountain lion cub that had been severely burned.

The male cub, who's just four to six weeks old, is now being treated at the Oakland Zoo. 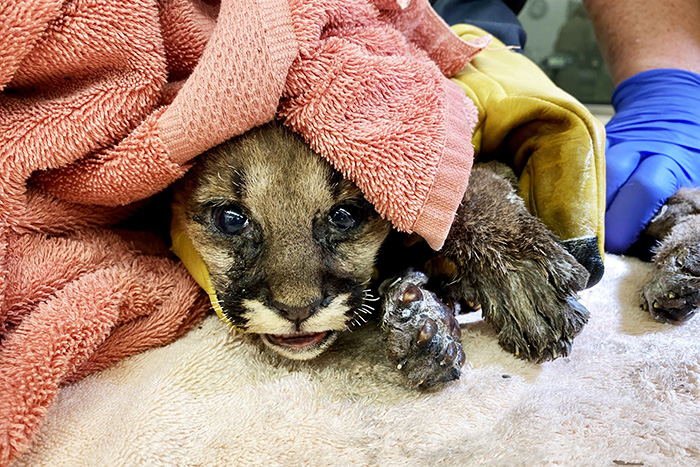 The zoo said in a press release that after the firefighter found the cub alone, it was turned over to the California Department of Fish and Wildlife, which asked the zoo for its help in treating the cub.

Zoo workers said the cub was badly burned, especially on his paws. The cub's whiskers were singed off and his eyes were severely irritated. 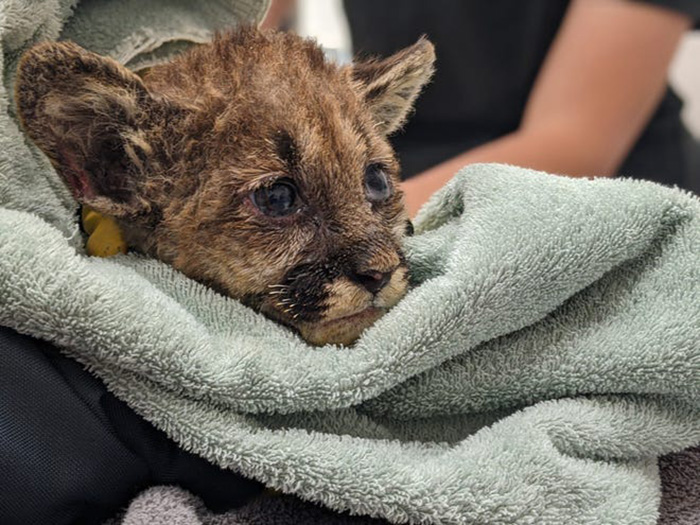 Staff cleaned the cub, gave him antibiotics, supportive fluid, pain medication and milk formula for kittens through a syringe. The zoo performed an X-ray to see if he had damage to his bones or his lungs due to smoke inhalation, but results showed none.

The zoo said in its press release that the cub, named "Captain Cal" after the state's fire agency, is eating on his own and "acting feisty" which are positive signs of recovery.

"We're grateful to be part of this amazing little cub's rescue and rehabilitation," said the zoo's veterinary hospital director, Dr. Alex Herman, in a statement. "We're cautiously optimistic that this cub will now survive and thrive, our dedicated team at Oakland Zoo is fully committed to do everything we can for him and for his beautiful species."

Mountain lion cubs stay with their mothers until they are about two years old in order to learn how to survive in the wild, according to the zoo. Because Captain Cal was orphaned at such a young age, he will be moved to a "suitable forever home" after he leaves the zoo's hospital, the press release stated.