Ireland's lacrosse team is withdrawing from an international tournament to allow a Native American team to play instead. 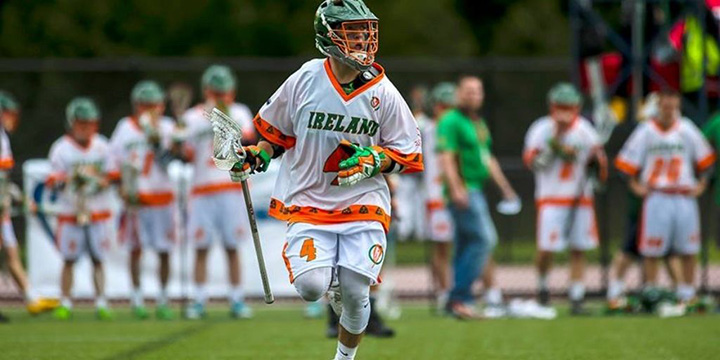 When invitations went out to men's lacrosse teams to compete in the 2022 World Games in Birmingham, Ala., the No. 3 Iroquois Nationals wasn't on the list.

Organizers said the Nationals could not compete because it is not from a sovereign nation, even though Native Americans are the originators of lacrosse.

A petition calling for the Nationals inclusion got more than 50,000 signatures and the World Games' organizers admitted their mistake, but it was too late. The roster of eight teams was full.

"None of us would be going to Birmingham, Ala., in the first place if it wasn't for the Iroquois and giving us the gift of their medicine game," Sonny Campbell, a player for Ireland Lacrosse, told NPR.

So, the team withdrew from The World Games 2022 and the Iroquois Nationals lacrosse team will take its place, World Lacrosse announced.

"It's simply the right thing to do," Michael Kennedy, chief executive officer of Ireland Lacrosse, said in a statement.

"As much as our players would have been honoured to compete, we know the right thing is for the Iroquois Nationals to represent our sport on this international stage."

The World Games is an international tournament involving more than 30 "unique, multi-disciplinary sports" held every four years the year after the Summer Olympic Games.

Ireland finished 12th in the 2018 World Championship, while the Iroquois Nationals finished third.

"You have gone above and beyond not only for us, but for what you believe is right," the Iroquois Nationals tweeted to Ireland Lacrosse. "Your actions have spoken louder than words showing everyone the true power of sport, and the spirit of lacrosse. We will never forget that."

You have gone above and beyond not only for us, but for what you believe is right.
Your actions have spoken louder than words showing everyone the true power of sport, and the spirit of lacrosse.