Dozens of farmers in Divide County, N.D. put their own harvesting on hold to cut 1,000 acres for a farmer who suffered a heart attack after his combine caught fire last week. 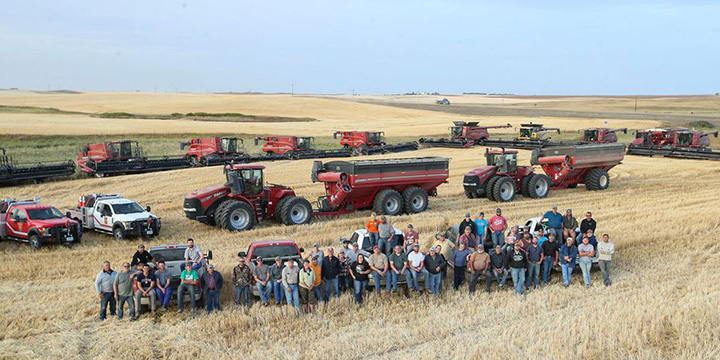 Lane Unhjem was in the middle of harvesting when he went into cardiac arrest. He was flown to Minot where he is in stable condition.

When word spread of Unhjem's situation last week, local farmers immediately started coordinating an effort to help him out.

Around 60 farmers brought 11 combines, six grain carts, and 15 semis to get Unhjem's Durum Wheat and Canola in the bin.

"I talked to a couple of farmers, got their equipment, and then other people just started calling and we had equipment offered from all over the place in the county, and their workers to go with it," Jenna Binde told KFYR.

Those who assisted say letting the Unhjems' crops go unharvested would've been a big loss for the family, and helping out was just common sense.

"Everybody knows the Unhjems, and they're good people and good in the community, and just kind of the farming way of life too. You help your neighbor out when they need it and don't expect anything in return," added Binde.

It took only seven hours for the farmers to harvest the Unhjems' 1,000 acres of crops over the weekend.

Unhjem's family says he is doing okay but has a long road of recovery ahead.