A man in San Antonio turned $13 into $1,000 after he helped an elderly woman who didn't have enough money in a Walmart checkout line. 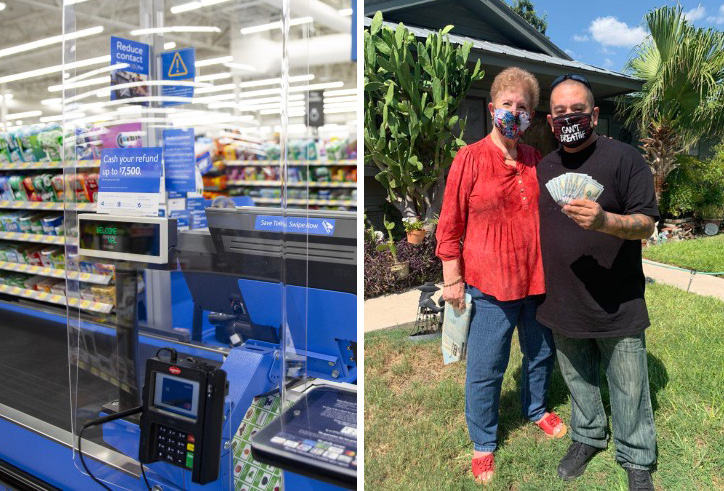 Delmaretta Stipp, 75, says she remembered hearing people groan as she held up the line at checkout.

"I started digging," she told Fox San Antonio. "And, the more I dug, the worse I felt."

"All of the sudden the clerk next to the lady that was taking care of me said, 'hold it', someone wants to pay'. And, I said, 'no, no. She's going to take this off'. And, then this guy, don't even know where he was, came through and said, 'I want to pay'."

That kind stranger was Robert Navarro, a 36-year-old security guard.

Stipp was so grateful she called the local news station to tell them about Navarro's good deed.

The news station planned a reunion for the two strangers outside of Stipp's home. Navarro was told he was there for a thank you card and some coffee.

"You made a difference in her life, not because of the amount you spent, but because you chose to stand up and do something for her that nobody else did," Wolf told Navarro. "In my pocket, on behalf of Miracle Body & Paint and Fox San Antonio, this my friend is for you."

Navarro said he helped Stipp because she reminded him of his late mother.

"My mom would have done the same thing for her," he told Wolf. "And, I was feeling like my mom was sending me a message right then and there. Help her, son. Just the way she raised us as a single mother with me and my sister."

Navarro said he plans to use the unexpected cash for a down payment on a car.