A paralyzed man whose home was damaged by the recent Derecho is feeling blessed after an entire football team came to remove the fallen trees in his yard. 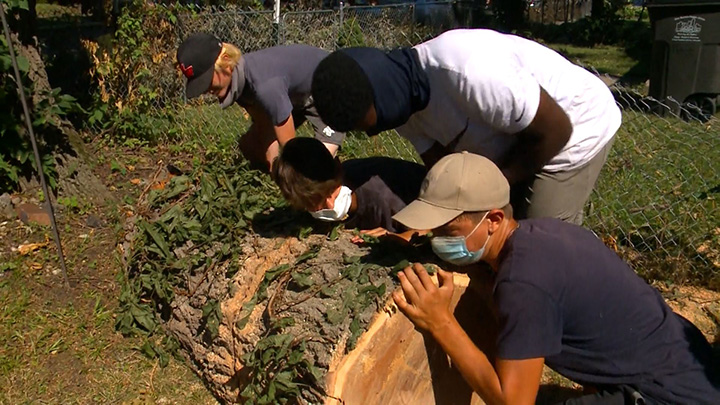 Ray Drake has been paralyzed since 1989 and is cared for by his two sisters. When the storm wreaked havoc on his Des Moines home, he knew he was going to need help.

His sisters reached out to one of his old high school friends for a chainsaw -- and he showed up with an entire high school football team.

"I saw some of the pictures and thought you need more than just one chainsaw, Janice," said Ray's friend, Doug Applegate.

In just two hours, 30 members of the Roosevelt Roughriders cut and moved the downed trees away from Ray's home.

Tears flowed as Ray and his sisters thanked the team.