A video posted on social media shows the rescue of a young girl who was pulled out to sea while floating on an inflatable unicorn in Greece. 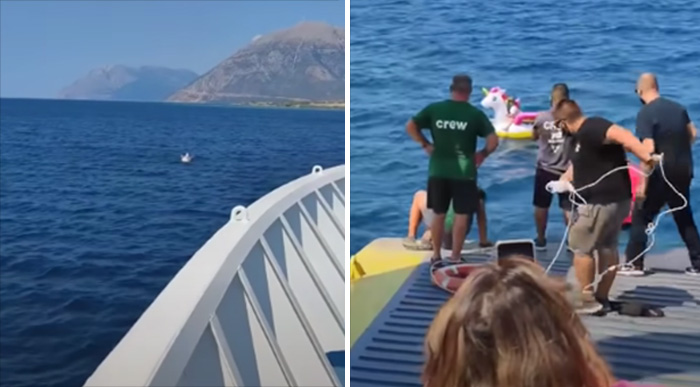 The girl, believed to be between 4 and 5 years old, had reportedly "escaped the parents' attention" and was swept away from the shore on board a unicorn float.

After her parents raised the alarm, port authorities put an alert out to ships in the area. The captain of a ferry tracked the girl down nearly a mile from the shore.

"She was frozen from her fear, because the current was very strong. I put the ship in such a position so as not to affect the small buoy," Capt. Grigoris Karnesis told Greek City Times.

The girl and her parents were soon reunited.