A nine-year-old boy in Oklahoma boy has received thousands of adoption requests after he made a heartbreaking plea for a family to adopt him during a local news interview. 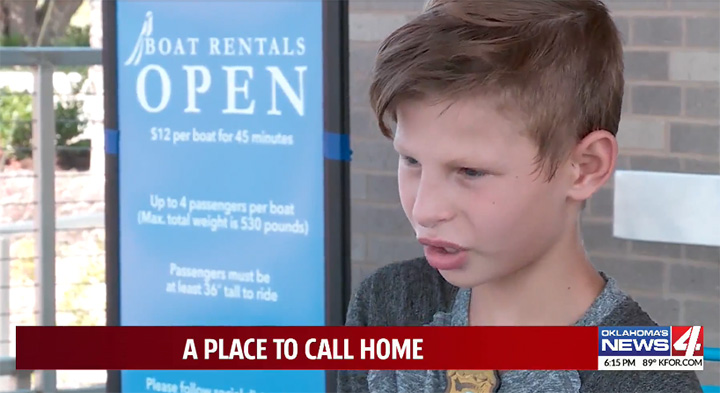 Jordan has been in the care of the Oklahoma Department of Human Services for six years. He'd previously been there alongside his younger brother Braison, but he was later adopted, leaving Jordan on his own.

Jordan said in an interview with KFOR that he doesn't get to see his little brother that much anymore, and hopes he'll soon find his own loving family.

"If you could go anywhere anywhere in the whole wide world where would it be?" reporter Lacey Lett asked.

"To an adoption party for a home," Jordan replied.

And if he were granted three wishes?

"To have a family, and family, family. Those are the only wishes I have," Jordan said.

"The reason it's important is because -- so I could have some people to talk to anytime I need to. I hope one of y'all pick me."

Jordan's interview has captured the hearts of people all over the country. OKDHS has received thousands of online inquiries and countless phone calls to their hotline with people wanting to adopt him.

His permanency planner told KFOR that over 5,000 submissions to adopt Jordan have been submitted thus far.