A brave six-year-old boy in Wyoming risked his own life to save his little sister from a dog attack. 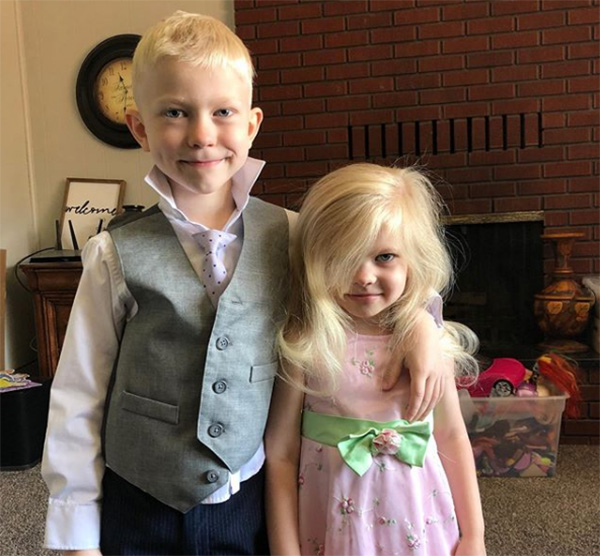 Bridger Walker deliberately stood in front of his sister as the charging dog approached.

After getting bit several times on the face and head, he grabbed his sister's hand and ran with her to keep her safe.

Bridger required 90 stitches on his face as a result.

"If someone had to die, I thought it should be me," he told his aunt Nikki, who posted the story on Instagram. 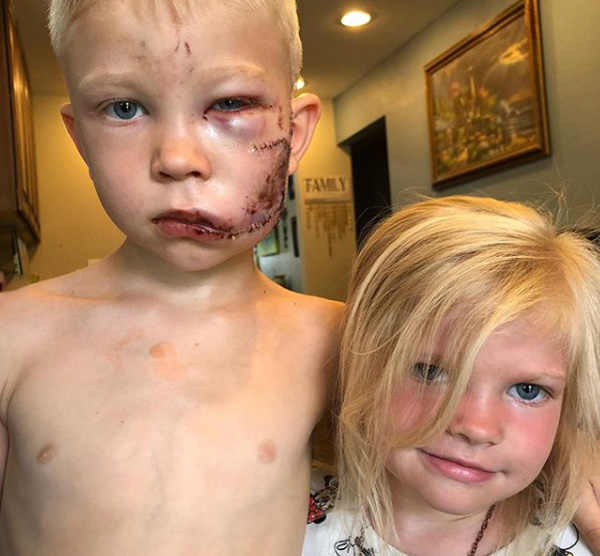 Nikki posted the photos in hopes to reach his favorite heroes to give him some encouragement as he recovers.

"My nephew is a hero who saved his little sister from an attacking dog. He, himself, took on the attack so that the dog wouldn’t get his sister. He later said, 'If someone was going to die, I thought it should be me.' He got home from the hospital last night. I know it's a long shot, but I'm reaching out to the Avengers and other heroes so that they can learn about this latest addition to their ranks."

Nikki says Bridger is in good spirits and added that the family is not angry at the dog or its owners.

"I'd also like to mention here that the dog's owners are really great people who have been nothing but kind to Bridger and his family," Nikki said in the post.

"We feel no resentment towards them at all, and if anything there's only been an increase of love between our families as a result of this incident."