US Soldier Becomes The First Woman To Join The Green Berets

The US Army is celebrating the graduation of their first female Green Beret. 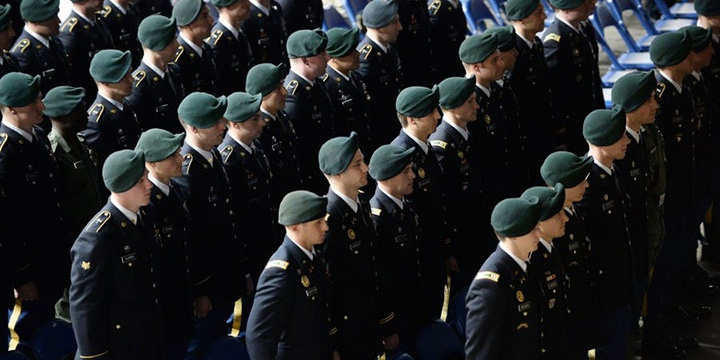 An Army National Guard soldier marked a new milestone in the US military Thursday by graduating from the grueling Special Forces Qualification Course (Q Course) to become the first woman to join the Green Berets since the Pentagon opened all combat jobs to women in 2016.

US Army Special Operations Command has withheld the soldier's name for security reasons, but confirmed that she graduated from the 53-week course in a ceremony at Fort Bragg, North Carolina, according to a USASOC release.

"Each and every one of you demonstrated the ability to meet the baseline standards and competencies for admission to our regiment," USASOC Commander Lt. Gen. Fran Beaudette said at the ceremony.

"From here, you will go forward and join the storied formation of the Green Berets, where you will do what you are trained to do: challenge assumptions, break down barriers, smash through stereotypes, innovate and achieve the impossible. Thankfully, after today, our Green Beret men and women will forever stand in the hearts of free people everywhere."

The Q Course is made up of six phases and includes training in small-unit operations, advanced Special Forces tactics, language training and unconventional warfare, Military.com reports.

The graduates received the Special Forces Tab and donned the coveted Green Beret, identifying them as experts at conducting complex unconventional warfare missions behind enemy lines.

The female soldier who graduated Thursday "excelled throughout the course and earned the respect of both her instructors and her peer group" a senior Army official told Military.com.