A school bus driver in Massachusetts has earned his college degree after the students he drove to school inspired him to go back to the classroom. 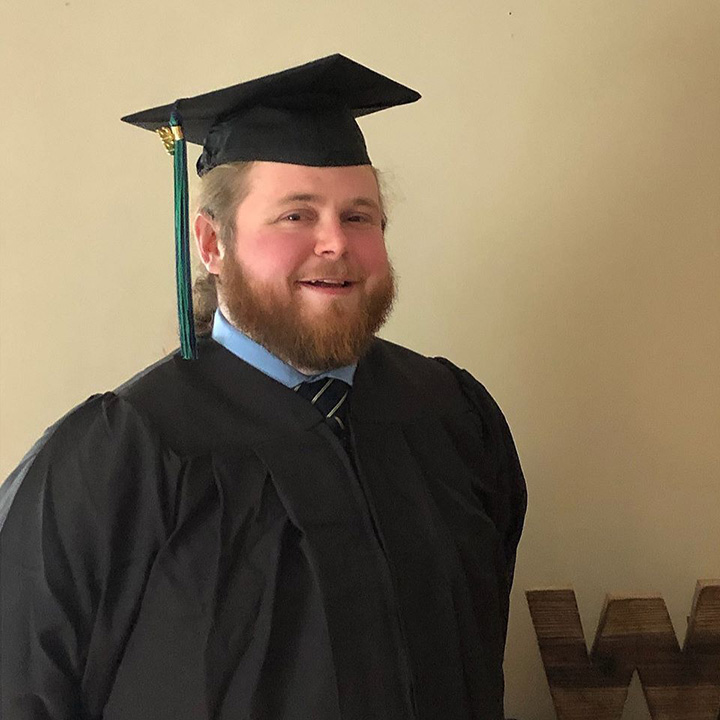 Clayton Ward's family owned a school bus company in Tennessee, and when he moved to Massachusetts, he followed in their footsteps and became a school bus driver. Ward attended college 10 years ago but dropped out after a few semesters.

He didn't realize, at first, that the students he was transporting to and from school would be his inspiration to head back to the classroom himself. They helped him rediscover his desire to go back to school and earn his college degree.

"I really enjoy working with kids, especially the high school students, and during the bus routes, we would chat about their classes. As a history buff, I would share lessons that I learned in school and we talked a lot about academics. After several of these discussions, some of the students would tell me they wanted me to be their teacher. I think they only said that because I was a different person than their regular teachers, educating them in a different way to pique their interest. But, however small that mention was from those kids… it stuck with me and gave me the motivation to complete a goal I had started years ago," said Clayton.

He enrolled at MassBay Community College in May 2019, working full-time driving the school bus while attending classes.

Clayton earned a spot on the Dean's List every semester and was inducted into the Phi Theta Kappa National Honor Society.

"It wasn't always easy. I would drive my route in the morning and afternoon, take a class in between shifts, and take night classes and classes online to complete my degree requirements. I would think of those students and all the years I wanted to make this happen, and it helped me focus my energy."

In just one year, Clayton has completed his Associate in Arts degree in Liberal Arts and will transfer to Framingham State University in the fall to pursue his bachelor degree in History, with a minor in Secondary Education.