Man Fights Off 13-Foot Gator To Save His Dog

A brave man in Florida refused to lose his loyal companion to the jaws of a massive alligator.

So, he jumped in the water and fought off the 13-foot gator until it finally let go. 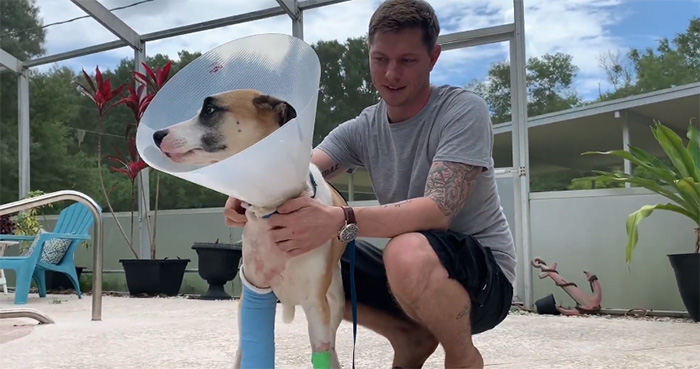 Trent Tweddale said he and his dog Loki were on a morning walk on their Wesley Chapel farm when his dog was attacked.

"The dog had his front paws in the river here that swelled after all the rain," Tweddale told News Channel 8.

That's when the gator emerged and grabbed his 6-year-old rescue pup and pulled him into the water.

"I grabbed the dog's collar to try to pull him back and I ended up in a tug of war match with this gator and the gator was not letting go," Tweddale said. "So I let go of the collar and I got about knee-deep into the water and started pounding on the gator's head until he eventually let go."

Tweddale got away with minor scratches but Loki had to undergo emergency surgery.

"They put metal plates and screws in and were able to reconstruct [his leg] that way. We're hoping that he can regain full use of his paws after this," Tweddale added.