Four Alaska Department of Forestry (DOF) employees were in an aircraft that crashed near Aniak, Alaska on May 28.

They were all transported to a hospital with serious but non life-threatening injuries. 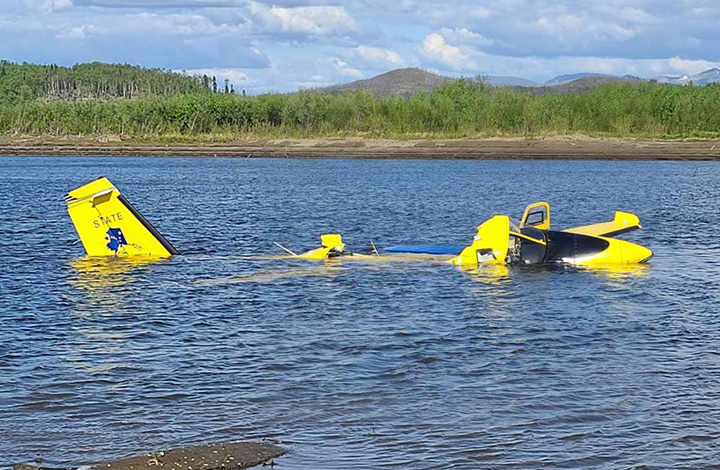 Shortly after takeoff the twin-engine Aero Commander 500 Shrike crashed into a water-filled gravel pit about 2.5 miles west of the northwest end of the runway.

Among the first at the scene were a group of teenagers ranging in age from 13 to 19, that were driving past the area and saw the aircraft in the water.

The teens waded into the water and worked to remove the remaining two passengers from the plane.

They could not get the door open at first, so they broke out a window and eventually they were able to force the door open.

The teens called emergency services for help and others arrived to assist. Some of the rescuers were in the water for about half an hour, according to Fire Aviation.

The passengers were all flown to a hospital in Anchorage to be treated.

State Forestry Director Chris Maisch praised the efforts and courage of those involved in the rescue effort.

"The Division of Forestry would like to express our deepest gratitude to all the local first responders and Good Samaritan civilians and state workers that responded to this incident," Maisch said. "I want to especially thank the young men and woman that played a key role in quickly requesting additional assistance and their personal efforts to help our employees injured in the incident. I'm certain their actions were key to the outcome and I can only imagine that their presence in the water and on shore brought great comfort to Mark and Albert as they were waiting for additional help."