For The Second Straight Year, Iceland Will Not Be Hunting Whales

Iceland's two whaling companies will not be hunting whales this summer for the second straight year. 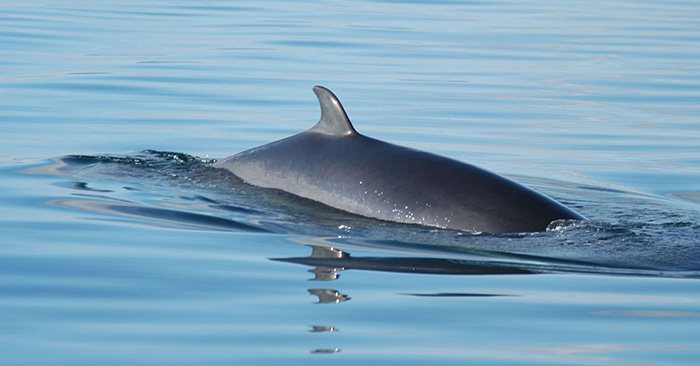 Icelandic whaling company IP-Utgerd announced on April 24 that it is stopping whaling completely, while the country's largest whaling firm, Hvalur, says it won't be hunting any whales this year, primarily due to social distancing.

Since whaling is limited in Iceland to the summer months, the announcement means no whales will be hunted off the subarctic coasts for the second year in a row.

For IP-Utgerd, the hunt had become too expensive after a no-fishing coastal zone was extended, requiring whalers to go even further offshore.

Hvalur said it was canceling the season due to stiff competition with Japan and restrictions linked to the Coronavirus.

In the past, Hvalur sold most of its whale meat to Japan, but the company is not currently able to compete with Japan's own whale meat products, which are subsidized by the Japanese government. Japan now has strict requirements for imported whale meat, which has made dealings with Japan even more difficult.

Additionally, the COVID-19 outbreak has made it near impossible for the company to process the meat, since workers would need to be in close proximity to each other, and social distancing rules would be difficult to follow.

For conservationists, this interruption to whaling is good news.

"This is indeed terrific news that for a second straight year, vulnerable fin whales will get a reprieve from Hvalur's harpoons, the sole fin whaling company," Fabienne McLellan, co-director of international relations at Ocean Care, told Mongabay. "This said, fin whaling has been suspended in Iceland in the past, only to resume. While it looks promising that whaling in Iceland might stop for good, the temporary cessation of fin whaling must become permanent."