A young geography fan who's stuck at home on his 12th birthday is filling a world map with the help of Twitter users. 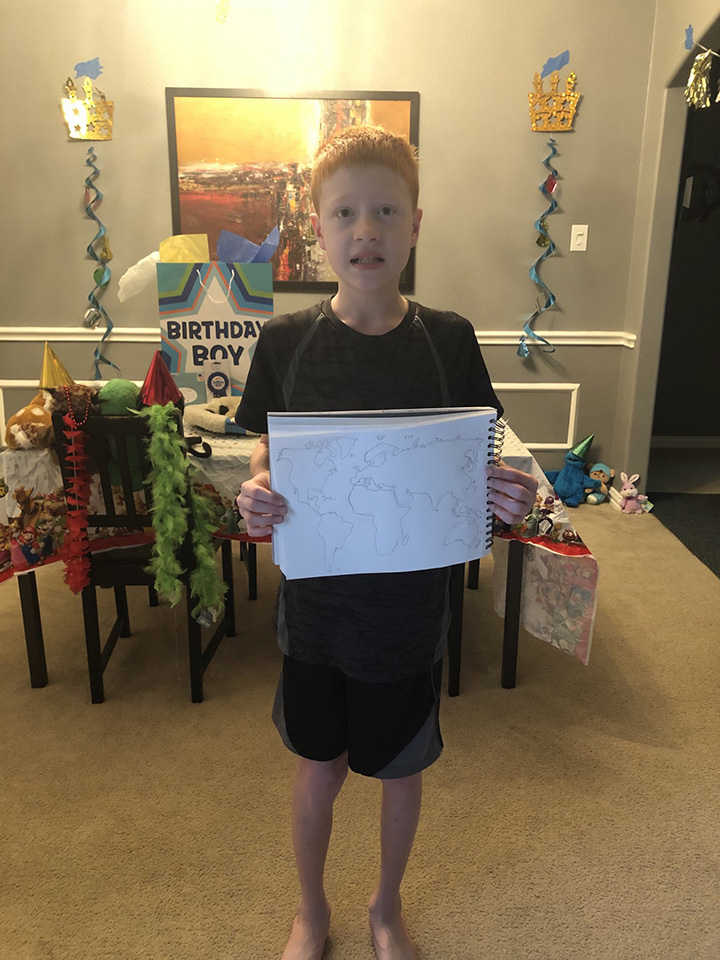 "This is my son, Brandon. Today is his 12th Birthday. I can't give him the party he deserves but Brandon loves geography," Jody Smith wrote on Twitter. "He would love it if you would retweet or reply where you are so he can mark it on his map."

Smith said he only expected a handful of replies, but the tweet ended up going viral with thousands of replies. At one point it was the number one trending topic on Twitter.

Happy Birthday Brandon from the 18th arrondissement of Paris! 🎉🎉🎉🎉🎉🎉🎉🎉

Happy Birthday Brandon. I am in Dharamshala in India, this is where His Holiness Dalai Lama Lives. The mountain range is Dhauladhar pic.twitter.com/8FgGYuLN2Y

Greetings from Malibu, California, USA from your pal, Mar🐫

Every time a person responded with a new location, Brandon marked his map with a dot. 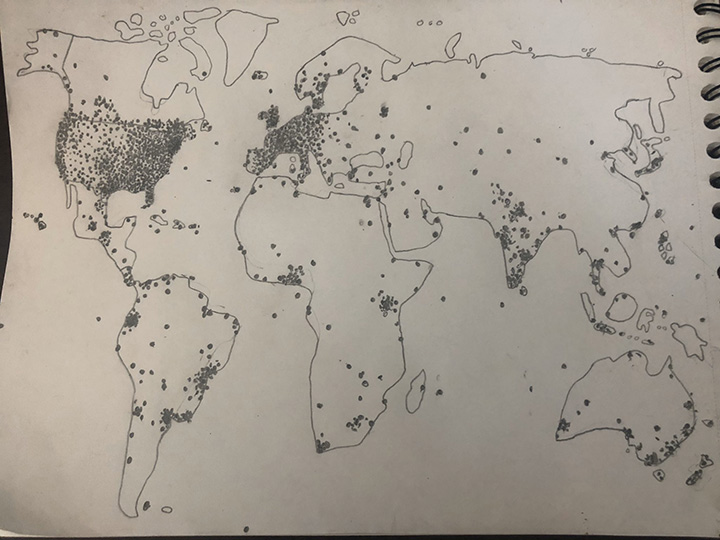 Among his favorite replies was a live video from a scientist in Antarctica.

"It's been so refreshing because everyone's stuck at home and there isn't much to do, so maybe the timing was right and people were just looking for something positive to rally around. It's been overwhelmingly positive," Smith said.

As for the map's progress, Brandon will continue to fill it in so long as people keep responding.