A man in Encinitas, California, set up a toilet paper swap after being disappointed in how people were hoarding toilet paper during this Coronavirus pandemic. 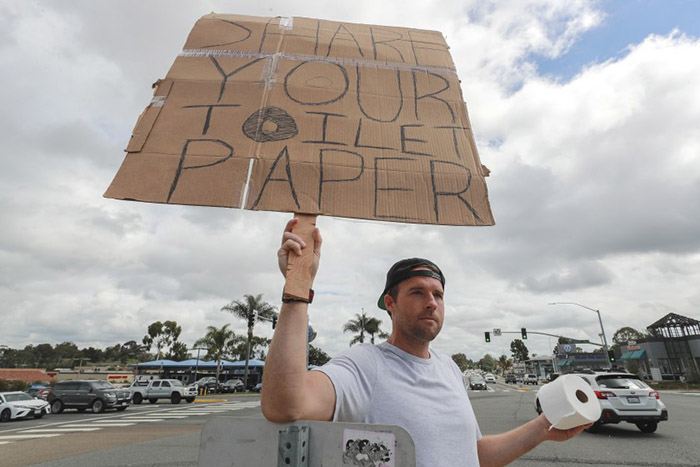 Jonny Blue, a 33-year-old physical therapist and surfer, set up shop on a street corner holding a sign that read "Share your toilet paper."

"It just inspired me to remind people, listen, if you have a lot of something that probably means there are people who probably don't have very much of it, because you took it all," Blue told The San Diego Union Tribune. "So sharing it is probably a good thing to keep in mind."

The response was immediate and positive.

Drivers started honking their horns in support and some dropped off extra rolls of toilet paper. People who failed to find any in stores stopped by to tell him about their unsuccessful quests.

"This guy came here and said he just ran out and was going to a bunch of stores and couldn't find any," Blue said. "Somebody had given me some so I gave it to him. He was stoked."

Blue said that his impromptu set-up incited some positivity during these uncertain times.

"I just want to encourage everyone to be better," he added. "Difficult times can reveal us to ourselves and help us see ourselves more clearly."