Thousands of people flooded the surrounding streets of the Capitol in Richmond on Monday for a gun-rights rally, however, locals in the area say the roads are the cleanest they've seen in quite some time. 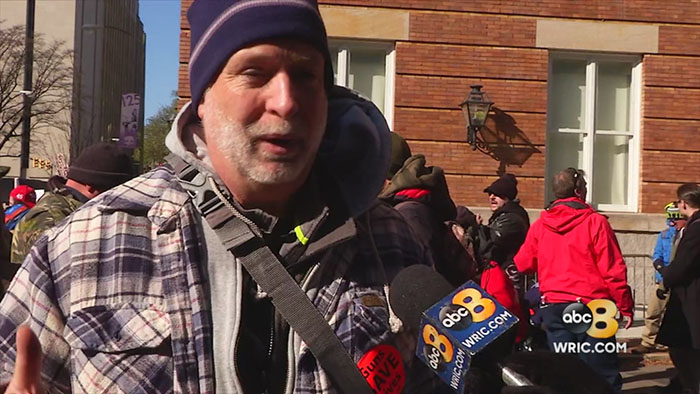 There's a reason for that, said Matthew Keisling, a protester who made sure that once he shared his message, he went above and beyond to protect it.

"I've been in the area when there have been other protests and demonstrations and people leave a lot of trash behind and it waters down the message," Keisling said.

Advocates told 8News they made sure to clean up after the rally because they felt leaving trash behind "represents the group and the movement very poorly."

Locals in the city appreciated the gesture, even if it was unexpected.

"They picked everything up and made it look nice," said Richmond resident Jack Hamilton. "It was really good for them to do that and it looks a lot better and good job."

Around 22,000 pro-gun activists took the streets of downtown Richmond during the peaceful protest.