Hero Cop Jumps Off Overpass To Save Boy's Life

A New York police officer risked her life to rescue a boy she watched jump off a highway overpass. 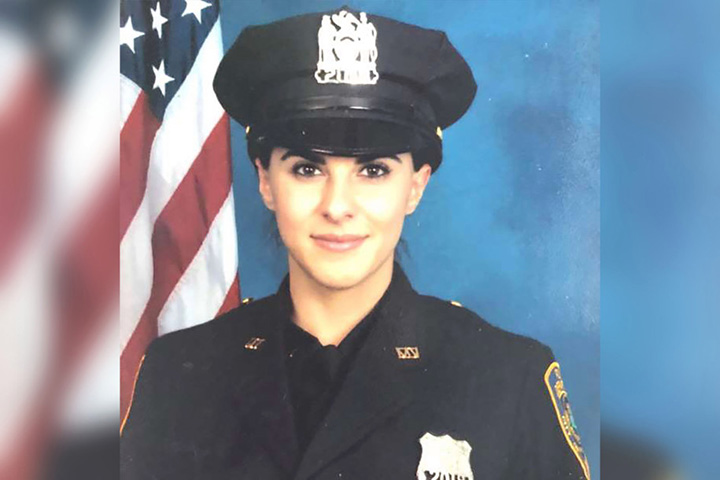 Officer Jessie Ferreira Cavallo said she was on her way to work Friday afternoon when she saw a boy running along the Saw Mill River Parkway in Yonkers, NY.

Cavallo said she watched in shock as the boy climbed over a guardrail and jumped. Without thinking, she followed right behind the boy and jumped herself, a risky move that would ultimately pay off.

"Everything was happening so fast, and I think my adrenaline was pumping so high," Cavallo told the Journal News.

"I just knew, when I looked down and saw him ... he looked dead. I couldn't see anything other than blood. I thought to myself, 'He needs help. I need to help him'."

A second woman – this one in a military uniform – stopped to assist and the two heroes began to give the unresponsive boy CPR and strap on a neck brace. The boy was then rushed to a hospital, where he was treated for broken bones. He is expected survive.

It wasn't until the next day that Cavallo realized what she had done.

"Friday, after this whole thing happened, I went to work and worked to 11 p.m.," she said. "I didn't realize what was going on until yesterday. That's when it hit me. I didn't realize how high it was. It seemed doable. It didn't seem that high. I thought I jumped over a brick wall, or a cement barrier. It was so fast. It was more like tunnel vision. I saw the boy and I needed to get to him. I didn't see anything else."

According to Westchester County Police spokeswoman Kieran O'Leary, the boy had run off from an organization that serves children with special needs or emotional and behavioral issues. Staff members followed him and were trying to speak to him on the parkway when he plummeted.

Cavallo said she hopes the hospital lets her see him.