J.J. Watt Is Paying For The Funerals Of All Sante Fe High School Shooting Victims

Every time there's a tragedy in Texas, J.J. Watt seems to step up to the plate.

The Houston Texans defensive end will pay for the funerals of those killed in the shooting at Santa Fe High School, the team confirmed. 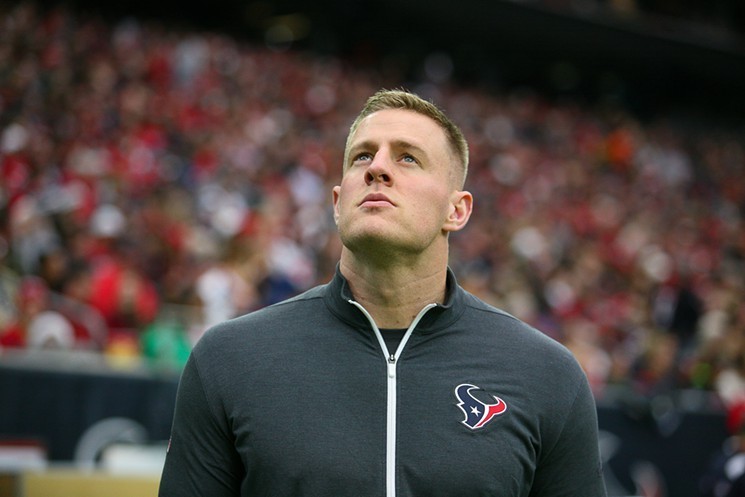 Watt has been active in his community since he was drafted by Houston in 2011. Most notably, he started a fundraiser in August that raised more than $37 million for those affected by the flooding from Hurricane Harvey.

Watt's gesture comes several months after he was named the NFL's 2017 Walter Payton Man of the Year, the league's top community service honor.

"This award is about the inherent good that lies within humanity," Watt said in February when he accepted the award. "It's about the city of Houston and its ability to overcome adversity at a time when it all seemed lost. It is about the hundreds of thousands of people from all over the country and all over the world who donated to a city they may have never been to, to people that they may never meet. But they donated simply because they saw their fellow humans going through a difficult time and they wanted to help out."

Talk show host Ellen DeGeneres also thanked Watt "for going above and beyond for the families of Santa Fe, Texas."