Australian conservationist and television personality Steve Irwin, a.k.a. the "Crocodile Hunter", has been awarded a star on the Hollywood Walk of Fame. 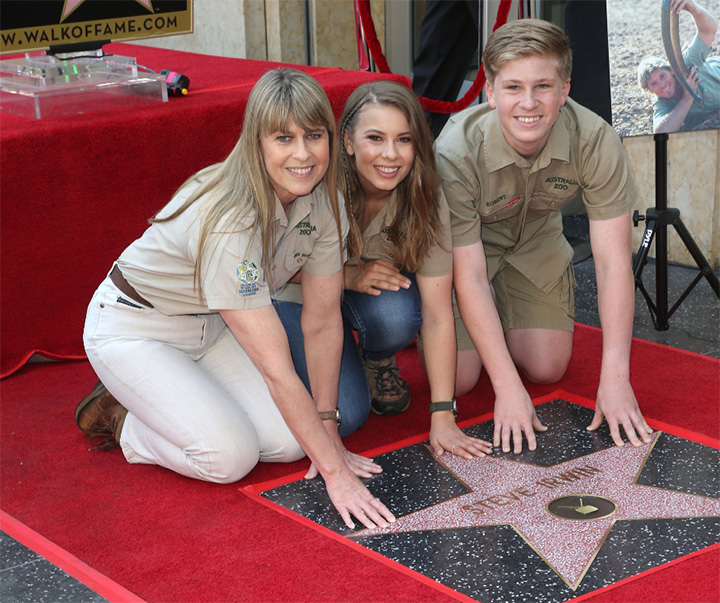 ""It was such an amazing honor," Robert said. "He's really one of the only conservationists honored on the Walk of Fame, so it's great to continue his message and really keep his dream alive."

He added that the star was right next to Johnny Cash's, who was his father's favorite artist.

"Whenever we'd go camping, Dad would sit by the fire and sing Johnny Cash. That was his thing, so it's really special."

For the rest of the interview, Robert did his father proud by talking passionately about his love for animals and introduced Jimmy to an adorable gang of baby pygmy goats, a 100-pound rodent, and more.