Last week, we shared a story about a Florida woman who tearfully embraced a complete stranger who'd given her the last generator in the mad rush before Hurricane Irma.

Pam Brekke had driven more than 30 miles from her home to buy a generator when she heard the Lowe's had received a surprise shipment. She needed it for her father to power his oxygen supply.

Within two hours, the generators were gone. Ramon Santiago, the man directly in front of Brekke, got the last one.

When Santiago saw Brekke crying, he turned to her and insisted she take the generator. 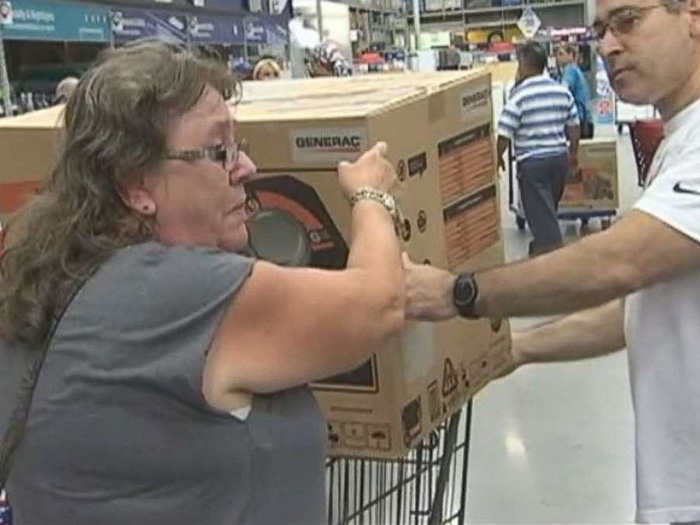 The story captured the hearts of many - including Lowe's manager Melissa Rodriguez.

When a new generator became available, Rodriguez immediately thought of Santiago. On Friday, Santiago returned to Lowe's to get his own generator for free from the store. 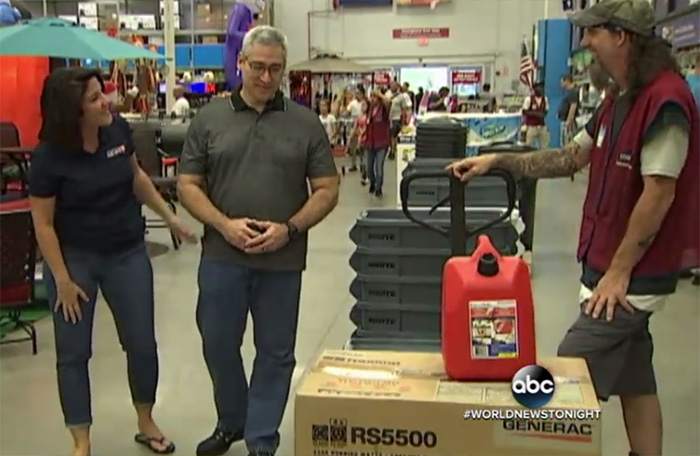 "I wanted to make sure he received it because he definitely deserved it," manager Melissa Rodriguez told WFTV. "He's the hero of the day."