A rapper performed a song at the MTV Video Music Awards that has reportedly prompted a 50 percent increase in calls to suicide prevention hotlines. 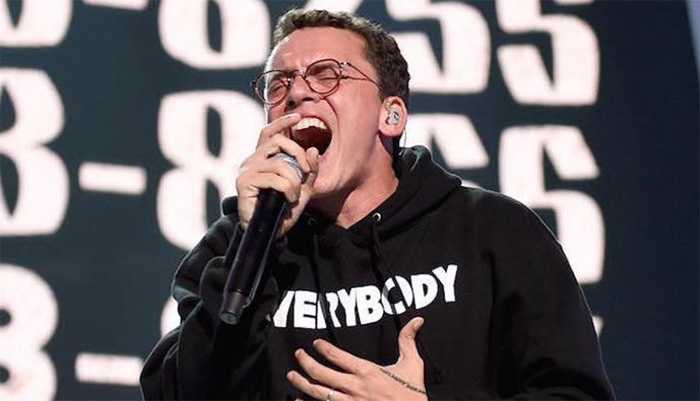 Logic performed "1-800-273-8255", a courageous song about his own struggles with depression and suicidal thoughts. He took the stage surrounded by suicide attempt survivors to raise awareness for mental health and suicide prevention.

"It's not just about the calls," John Draper, director of the National Suicide Prevention Lifeline, told CNN. "It's about increasing awareness about suicide, and suicide prevention in particular. The calls don't even begin to count the number of people who, just by listening to the song and hearing the lyrics, feel more hopeful and less alone."

In an interview with Genius, Logic said:

"So the first hook and verse is from the perspective of someone who is calling the hotline and they want to commit suicide. They want to kill themselves. They want to end their life. When I jumped on a tour bus that started in Los Angeles, California and I ended in New York City and did a fan tour where I went to fan's houses and shared meals with them, hung out with them, played them my album before it came out. Them along with other people on tour, just fans that I met randomly, they'’ve said things like, 'Your music has saved my life. You've saved my life.' And I was always like, 'Aw so nice of you. Thanks.' And I give them a hug and sh*t but in my mind, I'm like, 'What the f**k?' And they're really serious. And they tat sh*t on their arms and get shit like lyrics that save their life and in my mind, I was like, '"Man I wasn't even trying to save nobody's life.'" And then it hit me, the power that I have as an artist with a voice. I wasn't even trying to save your life. Now what can happen if I actually did?."