Mexican Bakers Were Trapped For 2 Days, So They Made Bread For Hundreds Of Harvey Victims

A group of Mexican bakers who were trapped in their Houston bakery for two days during Hurricane Harvey made hundreds of loaves of bread to give to flood victims. 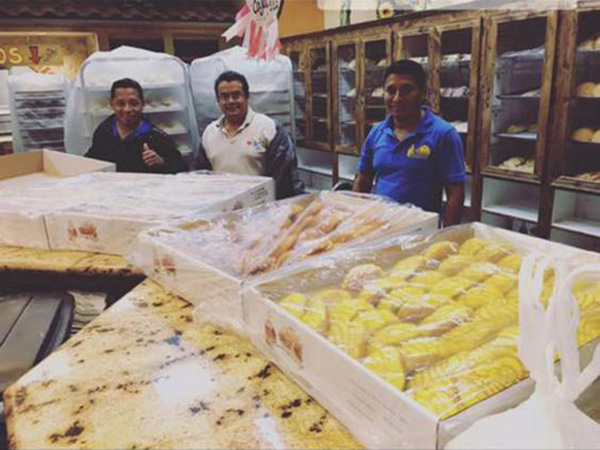 The four bakers at El Bolillo Bakery had been working on a late shift when they realized they could not leave because of the level of water on the streets.

They decided to continue to bake for those affected by the devastating downpours.

The workers used up 4,400 pounds of flour to bake bread and pan dulce, Mexican sweet bread, throughout the night and day.

"When they realised they were stuck, they decided to keep themselves busy and help the community and made as many loaves of bread as they could," Brian Alvarado, the manager of the bakery, told The Independent.

"By the time the owner managed to get to them, they had made so much bread that we took the loaves to loads of emergency centres across the city for people affected by the floods.

"We didn't count exactly how many loaves they made, but they used 4,400 pounds of flour."