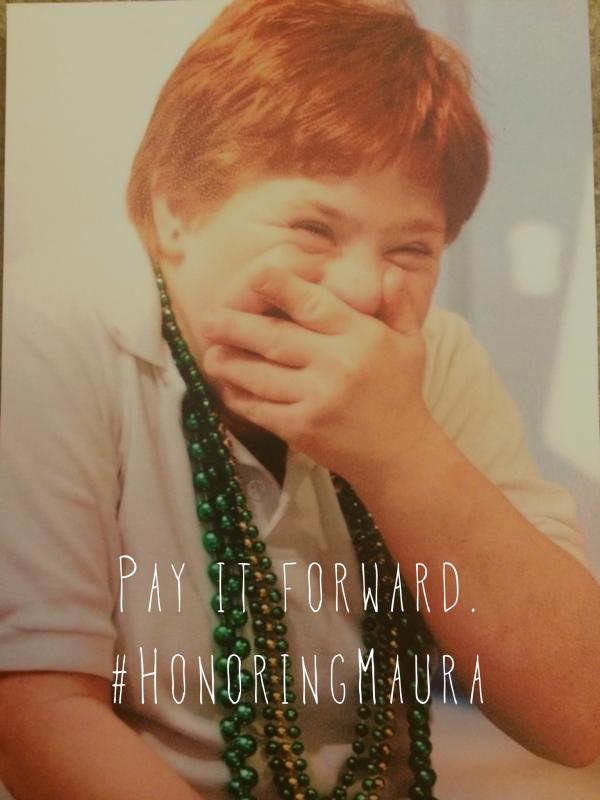 Yesterday marked the one year anniversary of the death of one of my best friend’s sisters, Maura. She was twenty-one when she died, only a year younger than me. I never met Maura, but she has a reputation for having been full of life, love, and abundant happiness. After she died, her older sister, Mary, noticed that she had a now-permanent smile on her face. In all of her pictures, she is bursting with energy. Maura was a ray of light that graced the world for a little while, and then she was gone.

I was at a business lunch in a hotel in Kuala Terengganu, a coastal town on the East Coast of peninsular Malaysia, when I got the news. Maura had suddenly taken a turn for the worst and, a few days later, she died. “I don’t know what to do,” my friend Clare, another of Maura’s sisters, wrote to me in desperation. I ran to a balcony of the hotel where two middle-aged Malay men sat by a pool. Looking out at the cerulean South China Sea, I crumpled into a ball on the floor of the balcony and wept, my back heaving with enormous sobs that I couldn’t control. The Malay men stared at me in silence, their jaws dropped. My vision blurry through tears, I tried to call a friend who was also in the hotel; the call either didn’t go through or she didn’t pick up. Eventually, I propped my elbows on the balcony ledge and balanced my weight on them, my head hanging low beneath my shoulders.

One of my best friend’s sisters was gone. There was nothing I could do about it. There was nothing anyone could do about it. All of the babies that won’t be born, all of the babies that are sick, all of the children who are ill and dying and simply don’t live: the thought numbed me. It was a long time before I straightened and returned to the meetings in the hotel.

In the days following Maura’s death, her family celebrated her life in a number of ways: friends were encouraged to wear bright colors on certain days to memorialize Maura’s love of bright things, Maura’s clothes were made into stuffed animals that later graced family portraits. As is so common when we grieve, happy memories give way to despair, and we seek to create sense and meaning in the wake of it. “I remember looking at my mom and asking how we could go on,” Clare wrote. “I felt like Maura was the glue, the thing that made us special, and I feared we had lost that.” As I tried to console her, my words felt empty. How could I ease the pain brought on by the natural death of a twenty-one-year-old girl?

Maura’s family is still, will always be, healing. But they’re also bent on spreading the joy that Maura exuded throughout her life. On January 29, they celebrated “Pay It Forward” Day, during which friends, family, and even strangers shared one random act of kindness in Maura’s honor. The initiative went viral, hitting Buzzfeed, blogs, and countless photographs of acts of kindness with #HonoringMaura. “I was blown away by the outpouring of love this time last year,” Clare said. “One year later, I continue to be amazed at how many people Maura touched.”

One year later, Maura’s death still feels senseless to me. I wear bright colors on her memorial days. I do random acts of kindness for strangers on her anniversary. When I remember the poise and clarity with which Maura’s mom spoke at her funeral, I am both inspired and brought to tears. But, as they have taught me so much during my years of knowing them, Maura’s family continues to teach me that there is a way out of the despair regarding Maura’s death. Where there isn’t sense, we must make it. Where there is a loss of joy, we recreate it tenfold. We may not be able to Maura back, but we can honor her as we focus on keeping her spirit of joy alive.

Although “Pay It Forward” Day has passed, the initiative still continues. Buy an extra cup of coffee for someone, scrape off the windshield next to you, bring lunch to your child's teacher, and then leave a note explaining why. If you're using social media, share it or see others’ random acts of kindness with the hashtag #HonoringMaura.