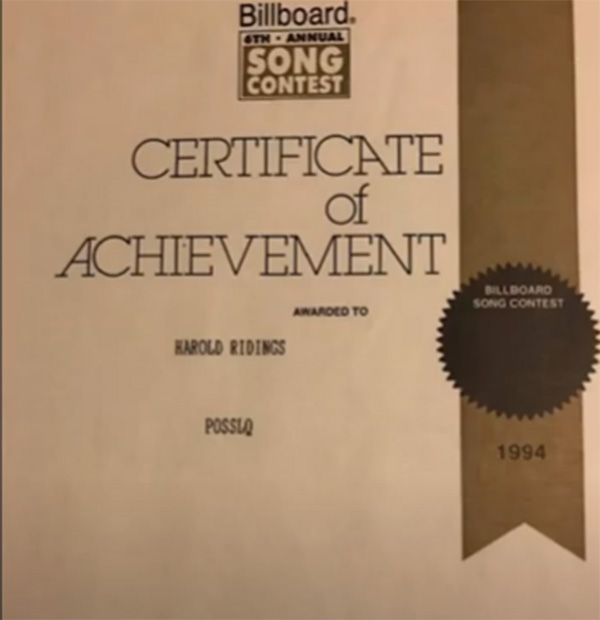 In 1993, I was 32 years old and finishing my college career. It was during one of my classes that I first heard about POSSLQ, which was a government acronym for Persons of Opposite Sex Sharing Living Quarters. At the time, my fiancé, Hal and I had recently began living together. He was thoughtful, sincere, complementary, respectful and had a great sense of humor. Did I mention handsome, he was that too! Anyway, I went home and promptly began calling him POSSLQ. Several weeks later, he surprised me with a song he wrote. He had been playing drums since he was four years old. His brother, Addison, played guitar. “POSSLQ” was fun, sweet and made me feel special. When I heard about the Billboard Music Contest, I suggested he enter POSSLQ in the country category. Here is the song. He received the certificate for being in the top 250 out of 10,000 in that category.

Sadly, Addison passed away but it is nice for POSSLQ to be one of the many happy memories Hal has of his brother. Hal and I have been happily married for almost 29 years. I still think he is the most beautiful expression of God's love I have ever received. I am truly blessed and I appreciate him so much. As always, he is the most loving, nurturing man. Every person should have a “Hal” in their lives. The only downside is that in those very rare times that we argue, my family and friends always ask me what I did wrong!