The Power Of Love And Gratitude 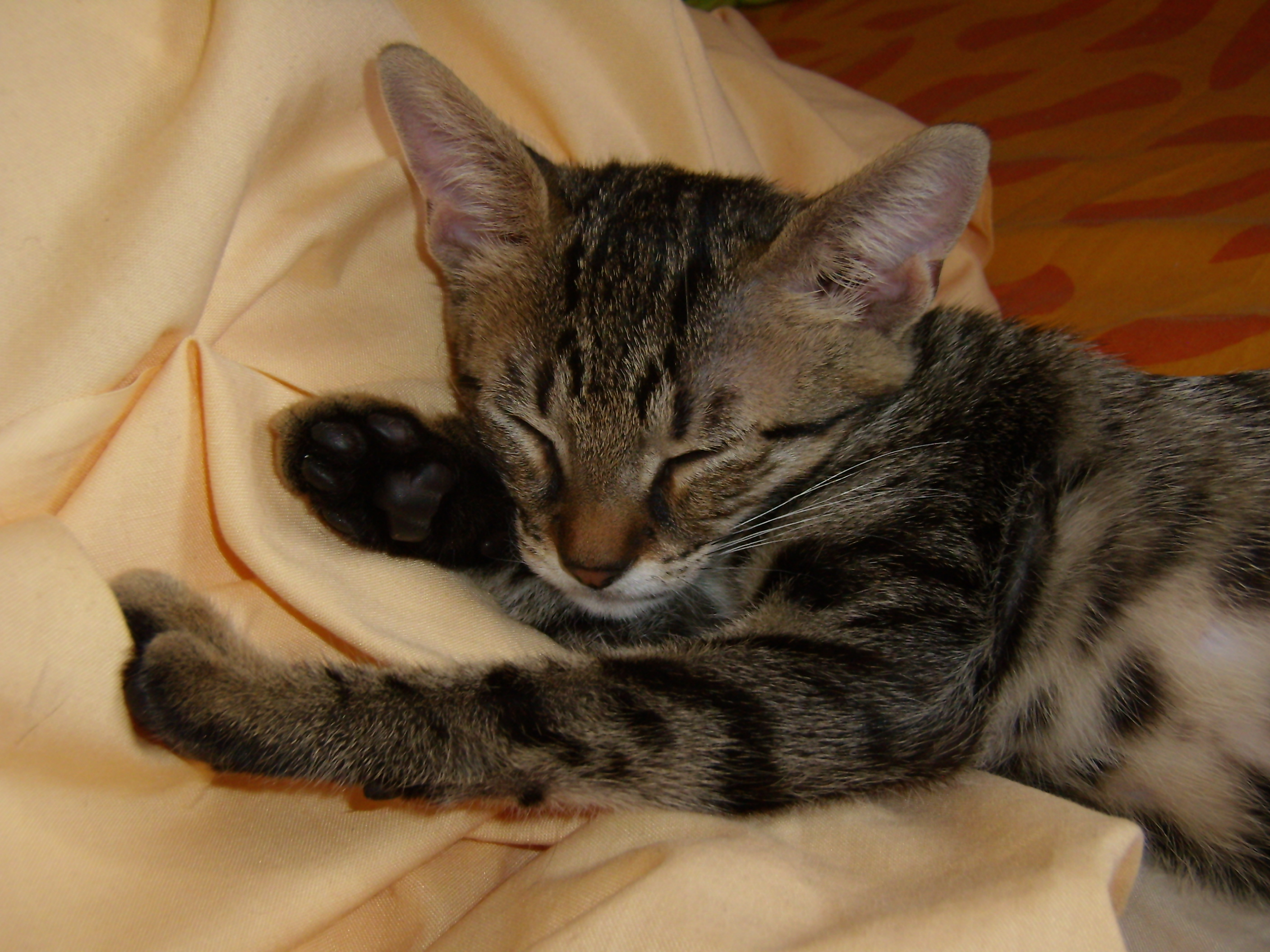 Please take time to read the entire thing and share if you believe that this story might inspire others. It has restored my faith in humanity after I’ve been one of its protagonists.

A week ago my roommate and I heard a cat meowing quite loudly downstairs. We went to check on her abut we couldn’t really see her because there was an older man that apparently was taking care of her. After a few hours, the meowing returned, starker than before. To me, it sounded like she was in distress. We snuck into the garden and found a small kitty that had difficulty moving her back legs. She was quite skinny, had flies and did her very best to get close to us while dragging herself on the sidewalk. It was really a heart-breaking scene – she seemed very happy not to be alone anymore. We waited for the old man to tell him that we’ll take her in and try to find her a home but he didn’t show up so we just took her upstairs.

Who are we? We’re just 2 regular girls who are studying at Uni. We couldn’t really afford a cat but there was no way we could leave her back there. We only have a small room that we share and a nice little balcony. The first thing we did was to give the Lizzie (the small cat we rescued) a bath. We saw that she had fleas and judging by her bally, she needed to be dewormed.

First thing in the morning we borrowed around $10 to buy her some food and something to get rid of the fleas. Though it was a small budget, we also managed to buy her a pill to deworm her. We spent time with her on the balcony; we talked to her, created a make-shift cathouse and improvised a litter. We didn’t have much but we wanted to help her.

In the following days Lizzie because stronger, gained weight and trusted us more. She ate tuna with us, chicken breast and other things that we had for dinner (and were appropriate for her). She was flea-free and after a second bath she was allowed to join us in bed. We found a few toys for her and we played with her for hours. We wanted it to last forever, but we knew she deserved a better home and we placed ads for adoption. (here is her facebook: https://www.facebook.com/kassandra1408/media_set?set=a.387701444663976.1073741827.100002723710990&type=3)

We mentioned that she has a small problem with her walking but that she was very lively and that she could do most of the things she loved. We were worried that no one would want her because she was different.

A day later I noticed that she had a small wound that appeared to be bleeding. I panicked and tried to clean it up, but without meds, I didn’t know what good it would do her. So I emailed 6 different vet clinics, did my very best to explain the situation and kindly asked for a pro bono consultation. Only 1 doctor replied asking her to bring her in.

We got there, called the doctor and he referred us to his colleague. We were a bit ashamed and we asked again if it’s alright to be there since we were a pro bono case. They were very kind and sympathetic to us and made Lizzie a chart. They weighed her and gave her a check-up.

When we mentioned that she couldn’t walk properly, they gave her an X-ray. In fact, she had 3 of them. And her condition was a lot worse than the doctor anticipated. She had both of her back legs BROKEN, along with her hip. This is what caused her awkward walking. We were told that she needed surgery as soon as possible so she could fully recover. But the costs were tremendous, close to 200 dollars. We still had to return those 10 dollars we borrowed, we couldn’t afford to pay for such a thing.

My roommate started crying quietly because Lizzie would be in pain and because raising that amount of money would be very difficult. We excused ourselves and asked them not to schedule the surgery because we were unable to pay for it and promised that we would return after we would have raised the money.

We started crying on our way home. We felt helpless and scared – Lizzies wellbeing depended on us and we’ve failed her. She wouldn’t be able to find a family if she needed surgery… Then we received a phone call that made us cry of joy! The doctor said that he’d spoken to his colleague and that we are to bring Lizzie in to get her much-needed surgery. PRO BONO! We rushed back in and said our goodbyes. We’ll see her again in a few days when we can take her home.

And guess what? She’ll be perfectly normal! She’ll recover 100%! The doctor we were supposed to see came in right after we left and decided that Lizzie needs her treatment irrespective of our financial means. When we left, he asked us not to abandon her and to find her a good family.

I can’t tell you how grateful I am for the events that took place today!

So you see, no matter who you are or where you are, YOU can always MAKE A DIFFERENCE! Please remember that next time you feel stuck.