Greed - The Cause For A Miserable Life

"Greed is the root cause for all sorrows" said Gouthama Buddha. All humans have desires, physical and emotional. But any desire overwhelms or overrates beyond the acceptable levels, it becomes 'greed'. Now the following is an ancient moral story how the greed makes man's life miserable.

Once there were two neighbors, one was rich and another poor. The poor was a farmer with very meager farmland of 1 hectare and the rich had all the properties and wealth with many servants. The rich could not be Happy or content as he was always in the worry of improving his wealth and protecting the exist. On the contrary the farmer toils through out the day in his farm and get yields which give sustenance to his family. At the end of the day the farmer comes to home, play with his children, share the things with the wife and sleeps with peace. The rich was so amazed about his fellow neighbor's happy life and inquired with his counsel accountant what was the secret behind this. The counsel said the rich, it is the contentment of the individual with what ever comes out of our hard work and performance would give rise to pleasant and peaceful life. The rich could not be convinced. The counsel requested his boss to allow some experiment to be done with the farmer to prove his argument.

The counsel the next day buried one gold coin in the place where farmer usually digs for his luggage to be tied up, without any one notice. So the farmer got surprised and he took away gold coin and kept in a hidden compartment of his house. He did not reveal the surprise to any of his family members lest they spread the news all over the village. The counsel continued the same with another gold coin for second day in another prominent place of farm land where the farmer digs. Again surprise for the farmer. The second was also kept in safe custody in the compartment. This process continued for 99 days and the farmer got 99 gold coins in his possession. The farmer was about to get 100th gold coin for his dream to be fulfilled because he could buy another near by farm land with 100 gold coins. But to his astonishment the counsel stopped burying gold coins with 99.

Afterward the farmer became mad to get hundredth gold coin, he kept on digging fanatic all over his farm land and he ignored totally the usual farming which give sustenance to his family with food grains. He kept on counting the 99 gold coins in the hidden compartment through out night without sleep and he was in a deep state of distress for not getting the hundredth. He left his children without looking after their well being. He got the habit of frowning at his wife when come to ask what happened to him.

The whole episode was being watched by the rich and his counsel amusingly and finally they came to the farmer and revealed the experiment they made with him. The rich later extended the hundredth gold coin and other farm land which the farmer desired to buy as a compensation to the farmer for the mental agony he has undergone due to this experiment. At Last both lived happily.

If we become content with our possession be it money or property, we can lead a very peaceful life. We can rejoice what ever comes in our way naturally and we can appreciate all the natural boons bestowed upon us by the Almighty.

In fact we can be very happy and peaceful as long as when we don't compare our wealth or life styles with others who are at higher range.

We can have desires those can be fulfilled with easy efforts, but greed which could not be satiated with in our capacity leads to miserable life. 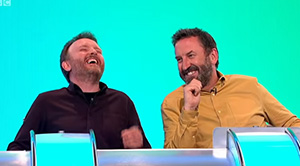