Fishtopher has officially left the building!

A depressed cat has been adopted from the Homeward Bound Pet Adoption Center (HBPAC) in New Jersey after his photos and description went viral on Twitter. 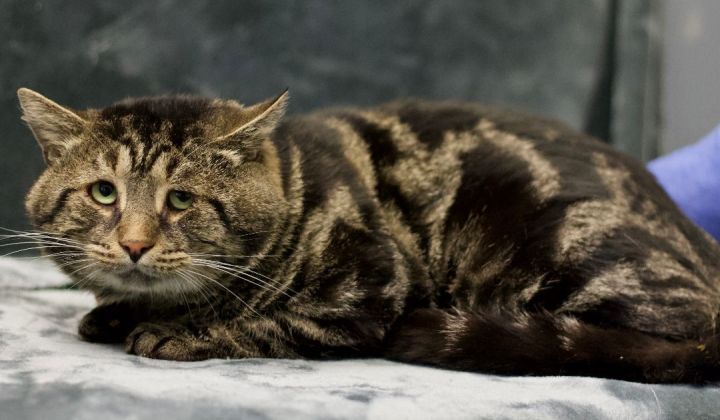 Last week, the shelter made a profile for Fishtopher on PetFinder.com.

This is what HBPAC wrote:

"Fishtopher is not a fish out of water, but he is out of sorts at the shelter. He is very sad and depressed and will only eat when he has company. Five year old Fishtopher was found as a stray, maybe he is missing his family. Fishtopher reminds you of a Bengal with his cool coloring. He is a sweet, easy-going, laid-back boy. Fishtopher loves being pet, and is an affectionate boy. He wouldn't even look up for pictures, but did enjoy his one on one attention, and getting chin rubs. Fishtopher is a big cheeky boy, wouldn't you love rubbing up on those big cheeks? He loves cuddling up in arms, it seems to make him feel secure. We feel that Fishtopher would do best in a more quiet home. Please come rescue our big loveable boy!"

On Nov. 24, Twitter user Molly Clarke posted screenshots of Fishtopher's profile and wrote "i swear to god. if one of you doesn't go get Fishtopher..."

Soon the shelter was receiving phone call after phone call from people requesting information on Fishtopher.

"Fishtopher went viral online with his sad, fat face. We literally had hundreds of inquiries from people who wanted to adopt and people were waiting out front this morning in line!" the Homeward Bound Pet Adoption Center said.

On Sunday, a couple in Baltimore, MD, drove to pick him up.

The couple has also created an Instagram page for the "big cheeky boy". 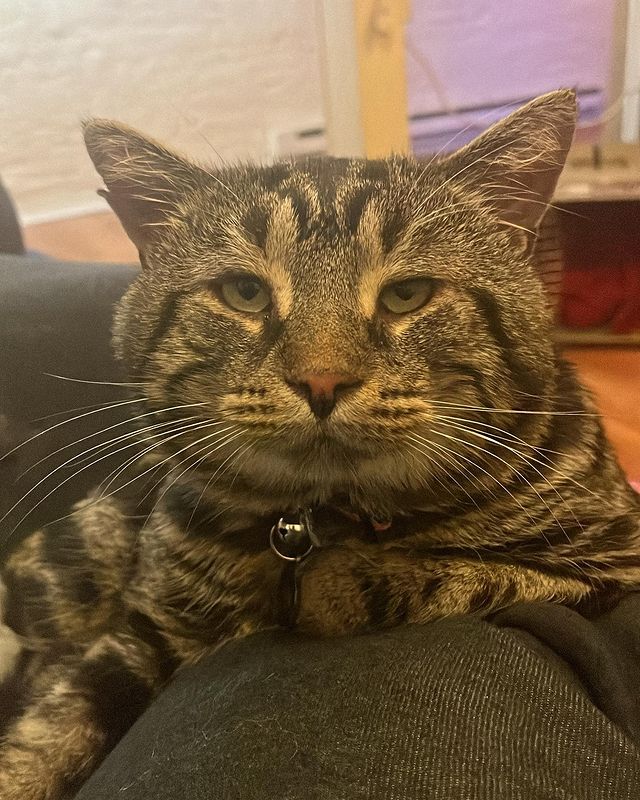 If you want to see updates and more photos of Fishtopher, follow him at @mister.fishtopher. 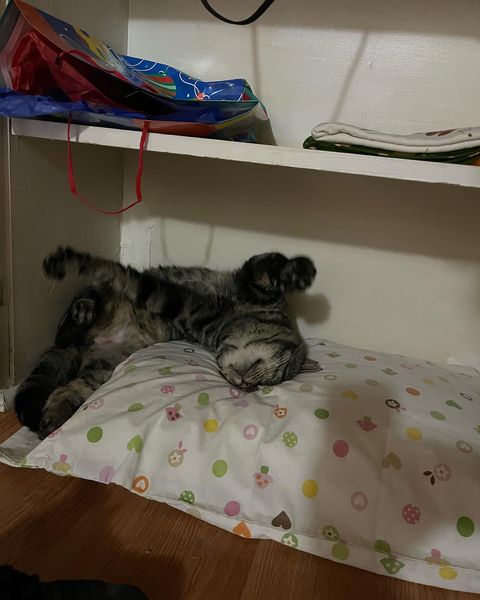