A fisherman caught a 67 pound goldfish named "The Carrot" in the Bluewater Lakes in Champagne, France. 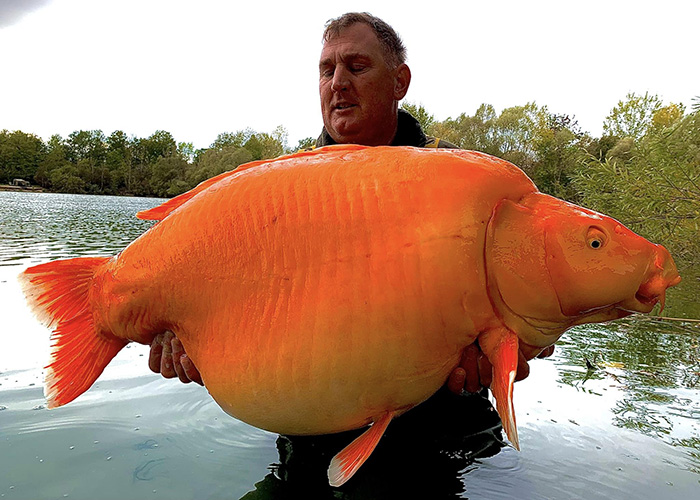 Andy Hackett, a 42-year-old fisherman from the U.K., said it took him 25 minutes to pull the giant orange fish out of the water. 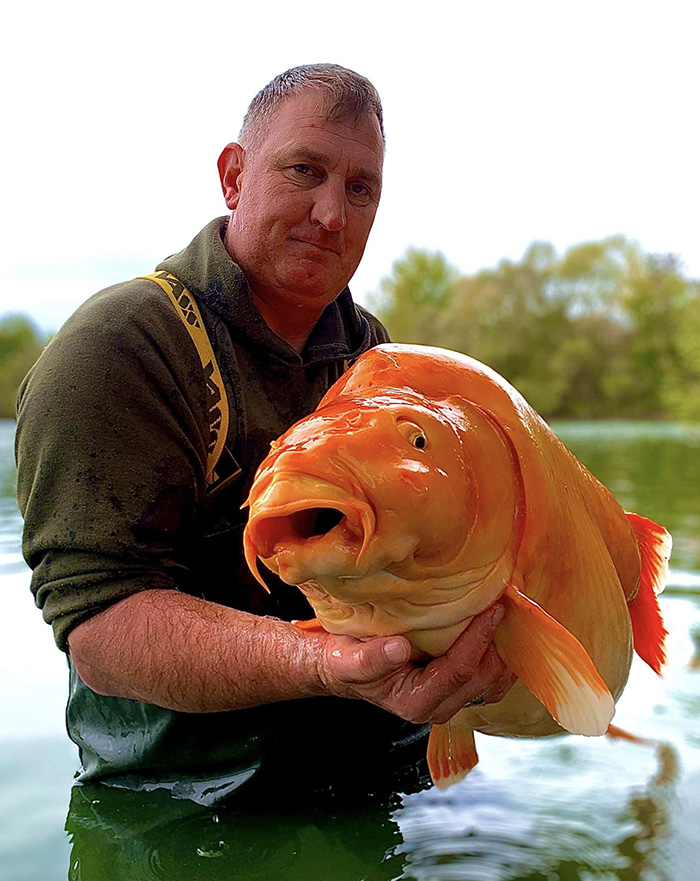 The 20-year-old female koi carp weighs in at a staggering 67.4 pounds. 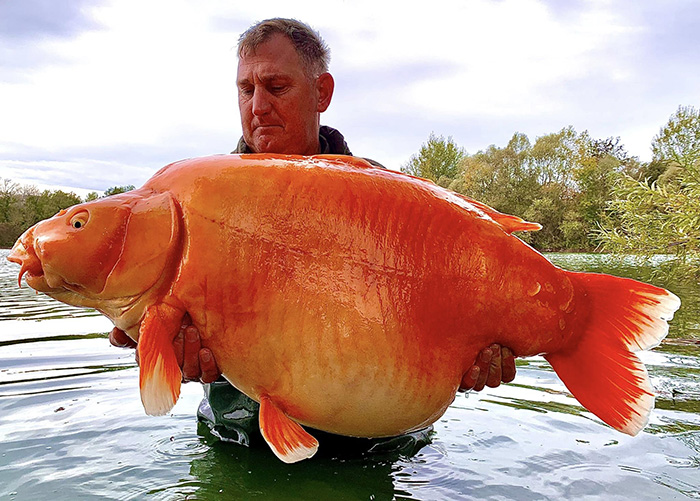 The Carrot was first put into the pond about 15 years ago and has been lurking the waters ever since.

A spokesman for Bluewater Lakes told FTW Outdoors that she was added to the lake as something different for the anglers to try to catch.

"I always knew The Carrot was in there but never thought I would catch it," Hackett told The Daily Mail.

Hackett snapped a few quick photos with the fish before releasing her back into the water.