Man Annoyed By 'Passerby" Putting Bread In His Birdbath, Catches The Culprit Red-Handed

For weeks, a man has been wondering who has been placing bread in his birdbath. It turns out that crows do not care about signs.

The hilarious story was shared on Facebook by the homeowner. 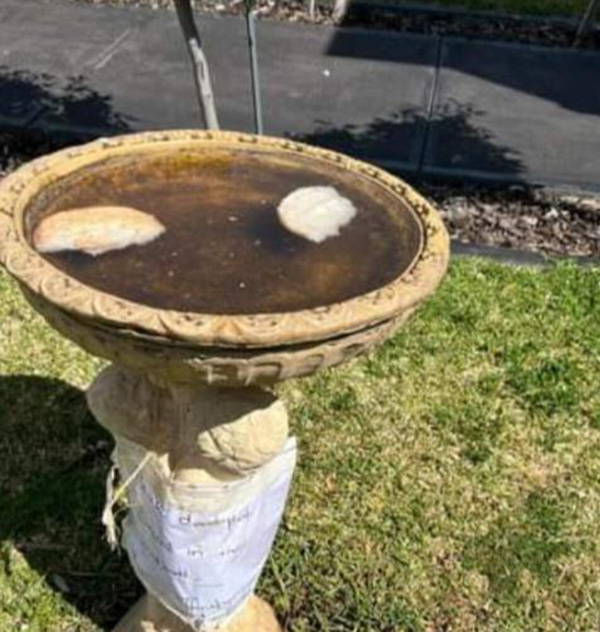 "For several weeks now I have become more and more annoyed with a passerby putting bread in our bird bath even after I had attached a polite note to it asking that bread not be put in it. 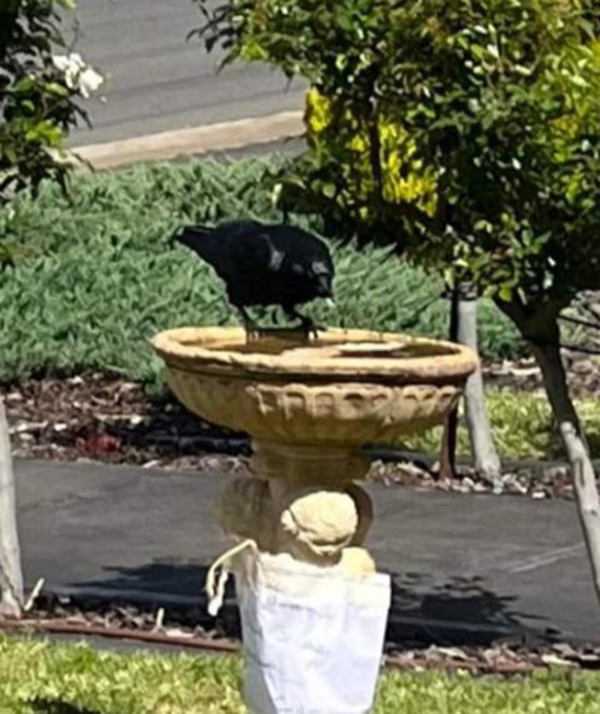 "I witnessed this badboy strut across the lawn with a bread roll in his mouth, he flew onto the edge of the birdbath and deposited the bread roll into the water.

I was certainly outsmarted by this crow and his mate. I don't know who his supplier is but maybe if I find out I could ask them to change their brand of bread as the crusts must be way too hard for these beauties (laughing emojis)." 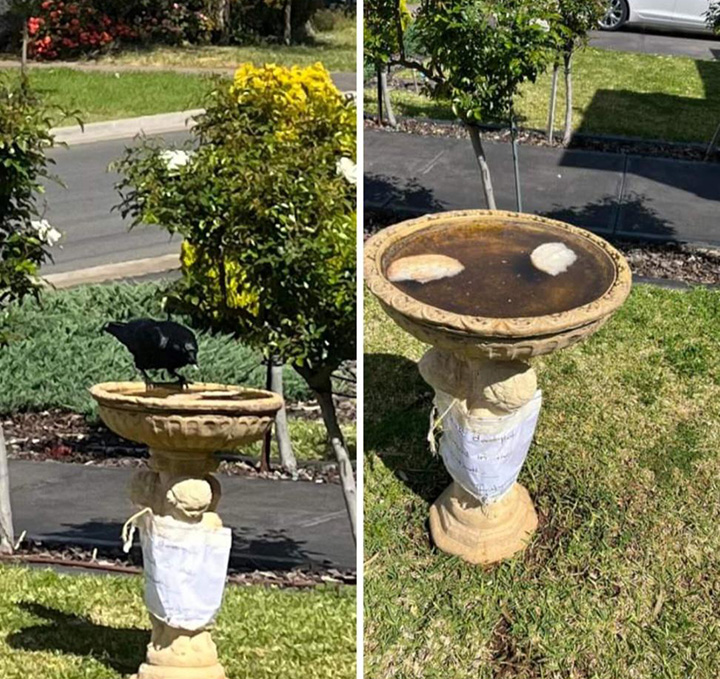