A man celebrated his 60th birthday by paddling down the Missouri river in a giant pumpkin named Bertha.

His goal was to set a new Guinness World Record. 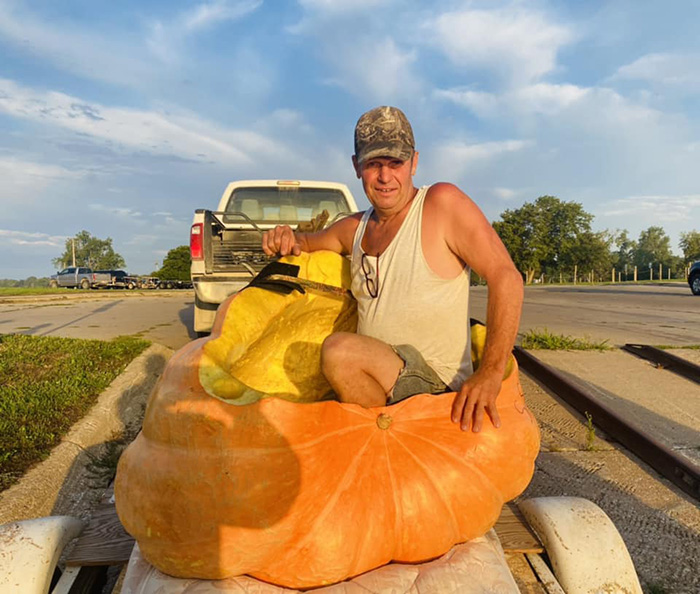 "On Thursday morning right after 8 AM, Duane Hansen from Syracuse, Nebraska stopped in to the Mayor's office and asked if a couple of people from Bellevue City Hall would serve as official witnesses for his effort to be recognized by the Guinness Book of World Records," a spokesperson for the City of Bellevue, Nebraska wrote in a social media post.

"They say if you stay in your job long enough you might see just about everything and this morning was one of those days!" 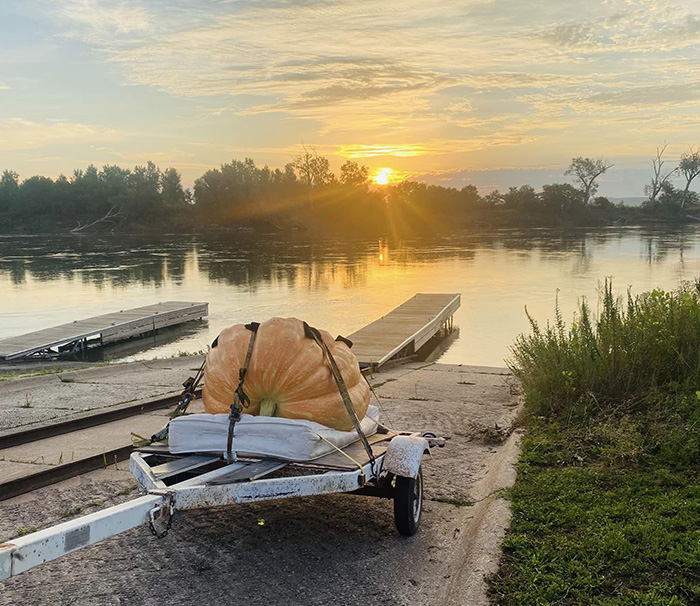 "Lisa Rybar and myself agreed to take on this task which we were originally thought was to float a 800 pound pumpkin for over 30 miles down the river. It wasn't until later in the conversation that we realized that Mr. Hansen would actually be riding in the pumpkin on this journey," she added. 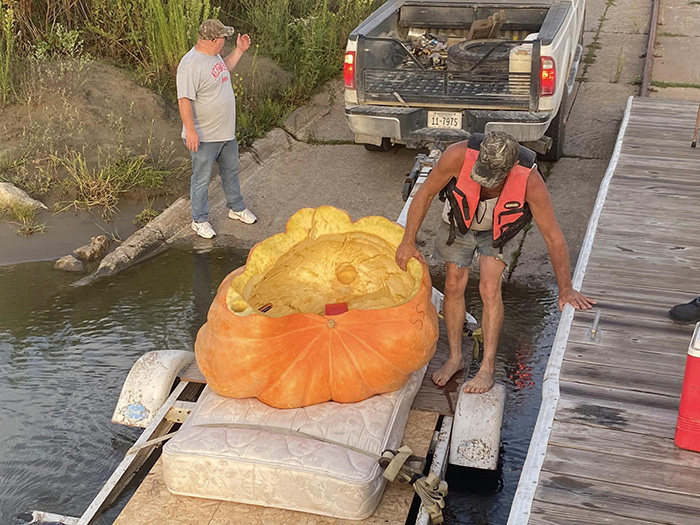 Hansen is a long time Nebraska resident who enjoys growing large pumpkins, gourds and other vegetables as a hobby. He got the inspiration for the record attempt by a chance meeting.

"I was at a giant pumpkin growing seminar, a three-day seminar in Portland, Oregon, and I met this lady that had the record. At the time it was 25-something miles. And I asked her a lot of questions and that's when I decided I wanted to do this," he told News Channel Nebraska. 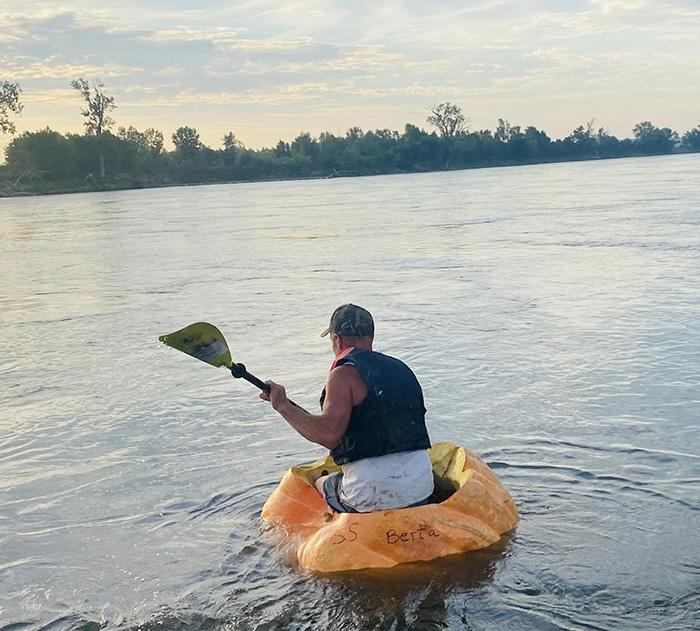 Hansen set out in the SS Berta at around 7:30 a.m. It was estimated that the trip would take approximately six hours.

"Once you're on the river, that d*mn thing was so tippy, it was unbelievable. It was like riding in a cork," Hansen said. "You just could tip over at any second. You're using your balance the whole time. I've never paid so much attention to any one thing in my entire life." 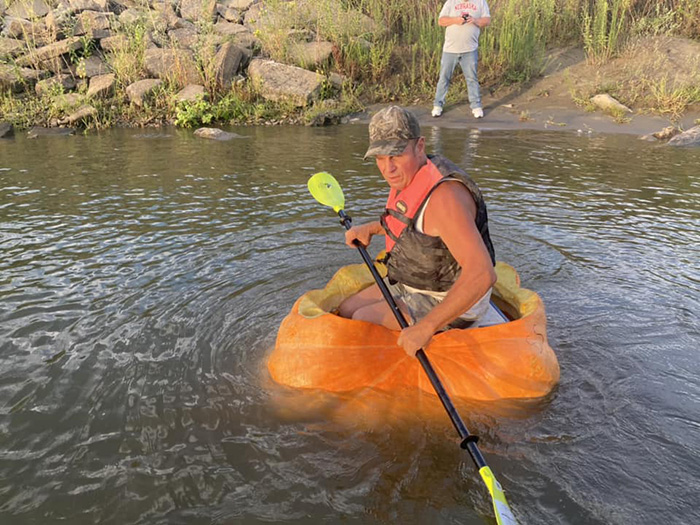 Hansen claimed the record at the 577 mile marker at 25.5 miles, and continued going to Nebraska City for a total of 41 miles.

The trip took Hansen about 11 hours to complete. 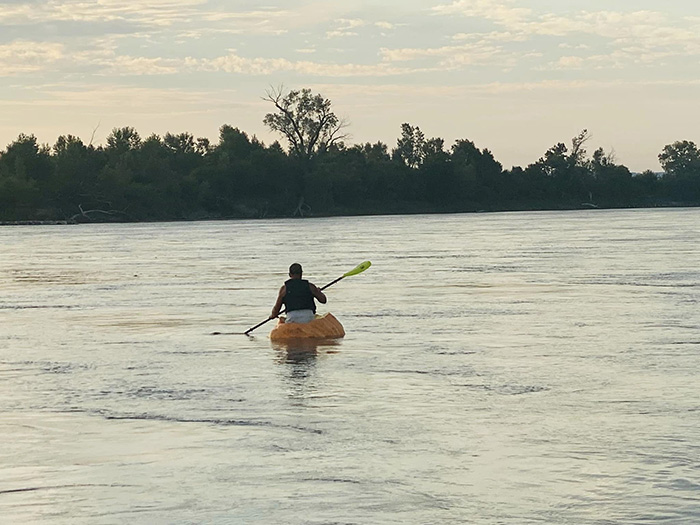 Watch the local news interview below. He had the news anchors laughing out loud.

"There's no money involved," he said. "This pumpkin operation over 10 years has cost me thousands of dollars."

"It wasn't even for the glory. I just wanted to beat the record in a pumpkin."