Darren James shared this heartwarming story to his Facebook page.

He said: "We sometimes take Alex to wave at the traffic on an M6 bridge, some wave back or beep their horns, he gets very excited, we went today and found this, amazing, we'd love to know who the kind and generous driver is from Royal Mail!" 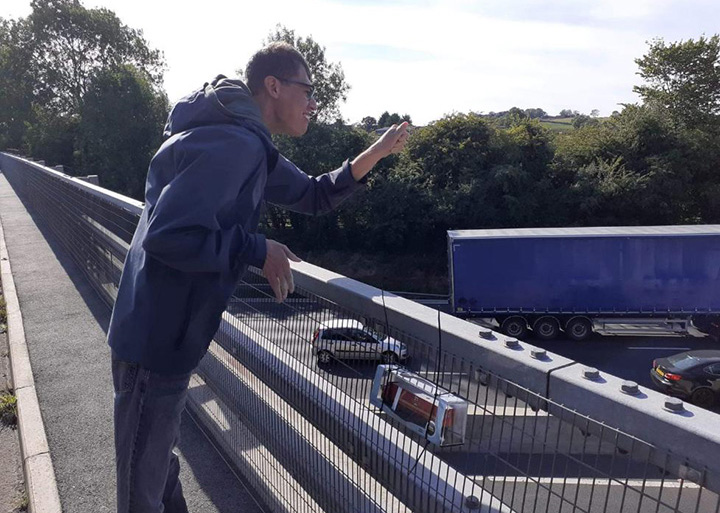 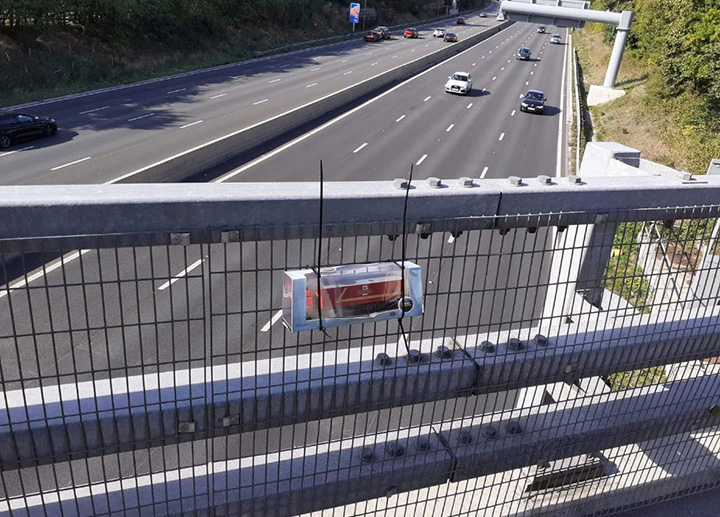 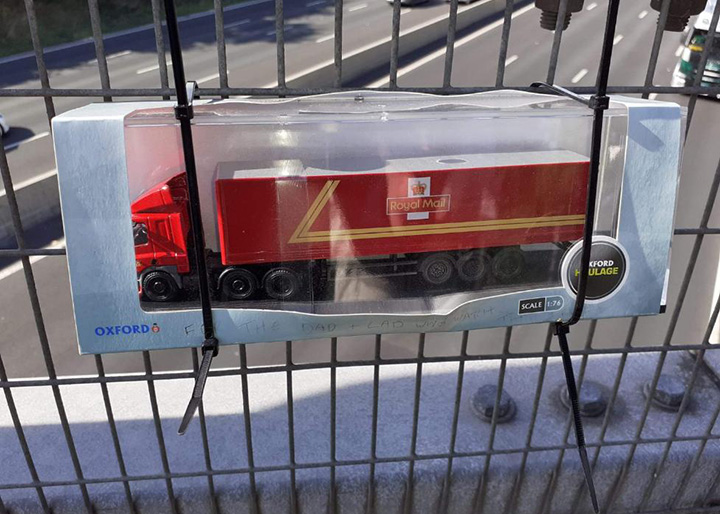 The truck driver wrote: "For the dad and lad who watch the trucks". 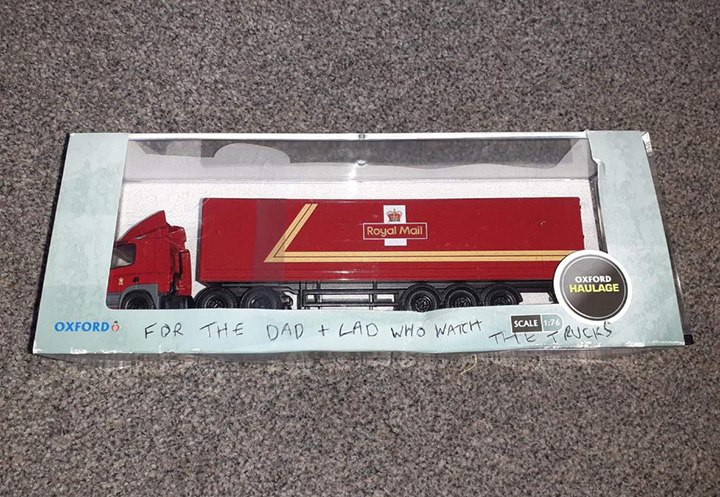 "I drive for Royal Mail and see you and your lad regularly and thought he might like his own, have a nice day!" 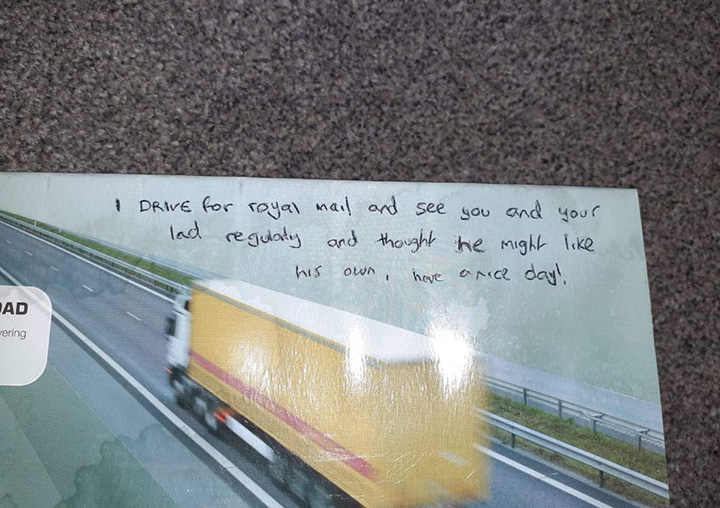 A truck driver took the time out of his day, thought of two strangers he never met, went to a store and used his hard-earned money and bought them something he thought they'd like. He went out and walked onto the bridge that he likely has no other reason to be on and left this gift for them not really knowing if it would even get to them.

That's a lot of effort to bring a little bit of joy to two strangers. What an upstanding human being.