A woman in West Virginia snapped a one-in-a-million shot of a tree being struck by lightning. 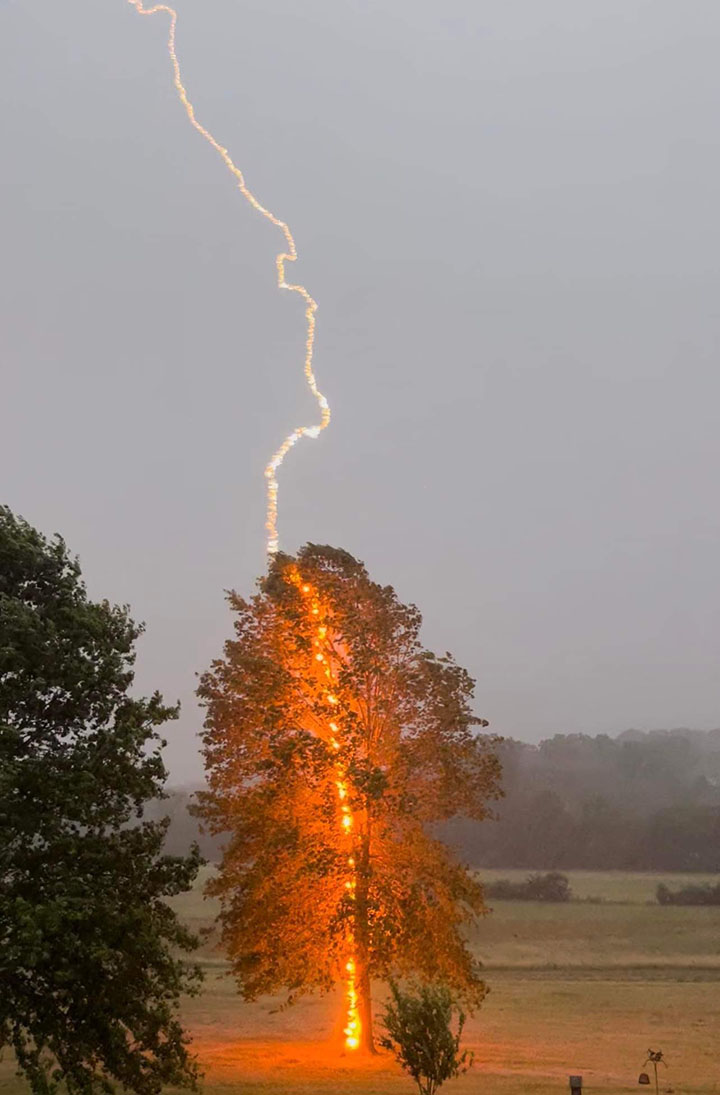 Anthony Conn, a weekend anchor for WCHS, posted the photo to his Twitter account. The photo was sent to him by a woman named Debbie Parker in Hardy County, West Virginia.