A heartwarming photo of two golden retrievers hugging at the park is bringing some much-needed joy to the world.

It was an unplanned reunion. 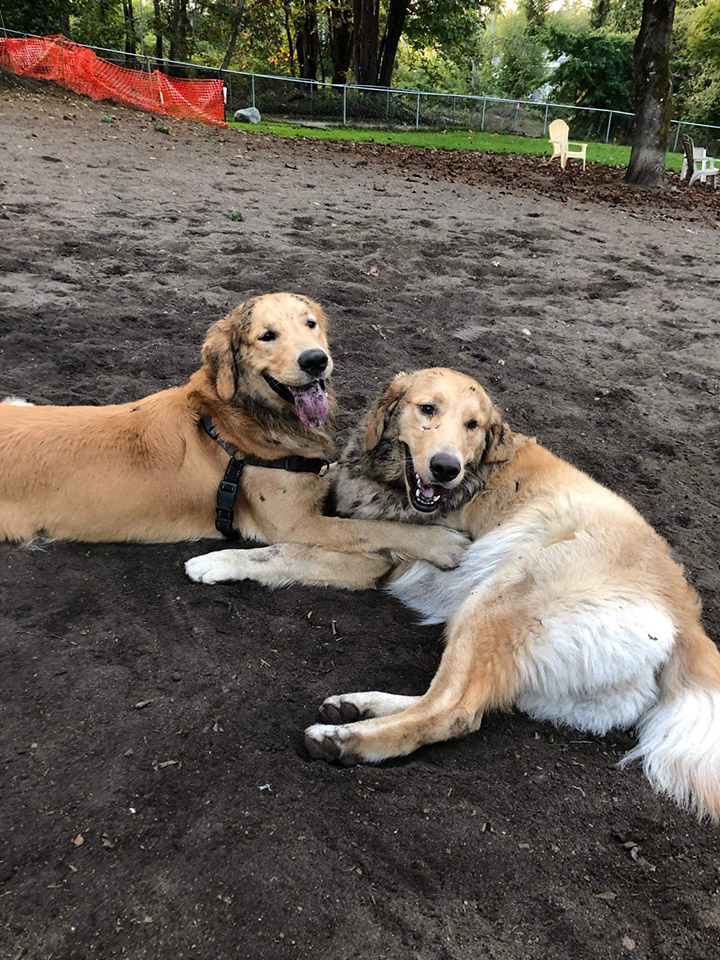 Alexandria Neonakis shared the photo to Twitter and explained that her sister's dog was at the park when another golden retriever ran up to play.

The owners of the two dogs started talking and realized they're brothers from the same litter.

The owners agreed to keep the good boys in touch.

"They're gonna set up some play dates for them," Neonakis said, "I guess they ran for each other I'm cryyying."