A scientist in England believes that mushrooms communicate with each other using up to 50 "words". 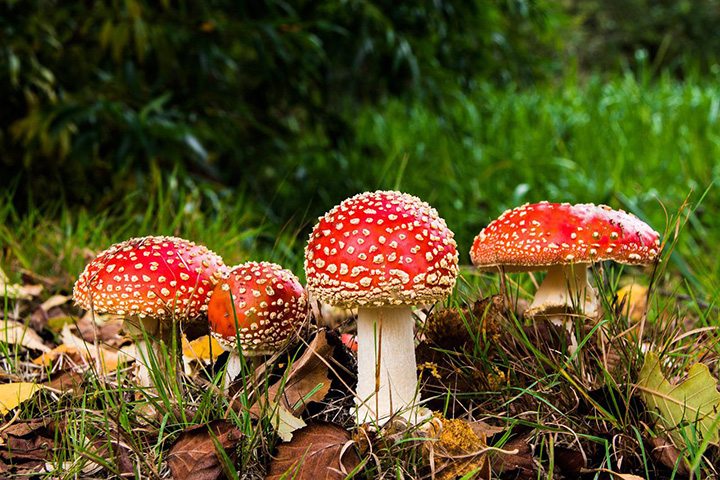 "It has even shown that the firing rate of these impulses increases when the hyphae of wood-digesting fungi come into contact with wooden blocks, raising the possibility that fungi use this electrical 'language' to share information about food or injury with distant parts of themselves, or with hyphae-connected partners such as trees," the Guardian reports.

To investigate this further, Andrew Adamatzky, a professor at the University of the West of England, decided to analyze the patterns of electrical spikes generated by four species of fungi – enoki, split gill, ghost and caterpillar fungi.

The results, published in the peer-reviewed journal Royal Society Open Science, were surprising, to say the least.

He found that the electrical spikes often clustered into trains of activity, resembling vocabularies of up to 50 words. And the distribution of these 'fungal word lengths' closely matched those of human languages.

"Assuming that spikes of electrical activity are used by fungi to communicate, we demonstrate that distributions of fungal word lengths match that of human languages," he said. "We found that the size of fungal vocabulary can be up to 50 words, however, the core vocabulary of most frequently used words does not exceed 15 to 20 words."

However, Adamatzky also acknowledges that the species could be saying nothing at all.

"There is also another option – they are saying nothing," he said. "Propagating mycelium tips are electrically charged, and, therefore, when the charged tips pass in a pair of differential electrodes, a spike in the potential difference is recorded."

But whatever these "spiking events" represent, they do not appear to be random, he added.

"That said, we should not expect quick results: we are yet to decipher language of cats and dogs despite living with them for centuries, and research into electrical communication of fungi is in its pure infant stage," Adamatzky said.