Elvis Presley and Linda Thompson dated for a few years in the 70s.

The two immediately hit it off when they met at the Memphian Theater in 1972, having been introduced by a mutual friend. 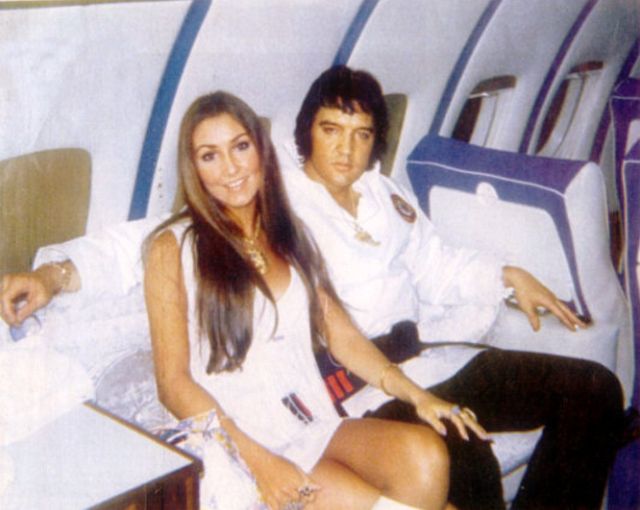 In an interview with Larry King, Thompson recalled their first meeting.

Larry King: "What was your first impression of him?"

Linda Thompson: "Well, I was in the lobby talking to some of the guys and a few of the people who were hanging around there and the door burst open and there was this vision. It was the middle of July in Memphis and it was very humid, just sweltering. He had on this black cape with a high collar and a red satin lining and I said 'dressed a little like Dracula aren't we?' so you see, we both shared a sense of humor that was very much like the other. We just hit it off immediately."

She also shared how she helped Elvis dodge his fans.

Larry King: "You mean, he couldn't go to a regular movie?"

Linda Thompson: " Oh, no. He could never go to a regular movie... There was one time were walking into the Memphian Theater and he was slightly ahead of me and someone came up to him and said, 'Oh my God, look, it's Elvis. You're Elvis aren't you?' He said, 'Well, yes, I am Elvis' and they went crazy. They wanted an autograph and a picture.

As I walked up I said, 'Charlie, you're not using that Elvis bit again are you? Come on, you're not telling these people that you're Elvis again are you?' I told the fans, 'He gets it all the time and he's always messing with people'. The fans said, 'We knew you couldn't really be Elvis'..."