Two complete strangers met by chance when their flights were canceled at Toronto Airport in 2003 due to a snowstorm.

Now, they're married with two kids. 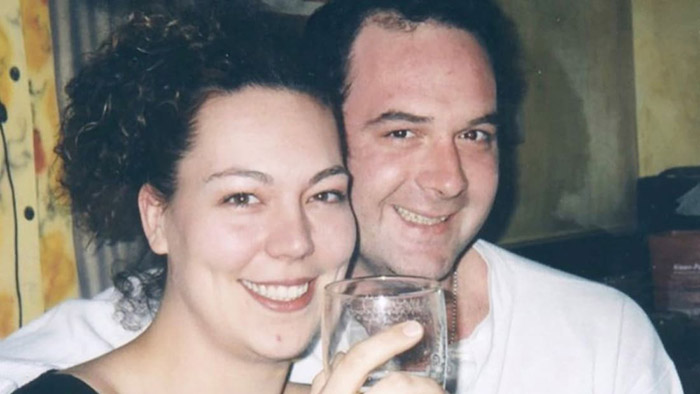 Jennifer Lowther, then 29, was flying to Winnipeg for her best friend's wedding. She was crying because she was going to miss it.

Toronto-based Chris Powell, then 34, was flying to Vancouver for business. He rebooked and had eight hours to kill until his new flight.

In the airport lounge, Chris noticed Jennifer crying and called her over and asked what was going on.

She pulled up a chair and told her story.

Right away, Chris and Jennifer both felt a connection. And they were soon at the center of this spontaneous airport party.

At one point, a new addition to the group turned to the two and asked "How long have you guys been together?"

"About 48 minutes," joked Chris in response.

"There was an interesting connection," Jennifer told CNN Travel in 2021. "We kind of looked at each other and said, 'Where have you been?'"

"I don't really cotton onto that kind of idea very often, but I just kind of look at her and I'm like, 'Man, it feels like this has been going on -- in a positive way -- forever,'" Chris added.

Chris was determined to help Jennifer get to her best friend's wedding, even though it seemed hopeless. He brainstormed with the booking agent and they came up with a plan. She was able to get her to Winnipeg at 1pm on the day of the wedding. The wedding was at 2pm.

Chris and Jennifer exchanged contact information and agreed to meet up when they're both back in Toronto.

Jennifer made it to the wedding just in time. She credited Chris for "saving her". About three weeks later they reunited in Toronto.

Three months after that, they were engaged. In 2004, they exchanged wedding vows in Winnipeg.

Today, Jennifer and Chris are the parents of two teenagers. 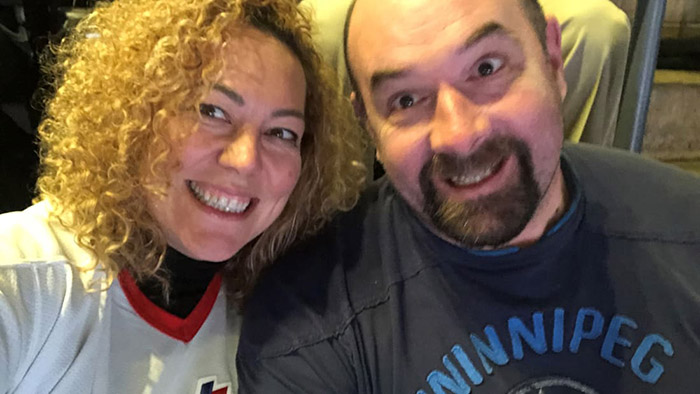 18 years later, the two often joke about the circumstances of their meeting and also marvel at the coincidence of meeting in this serendipitous way.

"It was, I don't know, cosmic alignment, call it what you will, call it kismet -- but it was amazing," says Chris.

"I'm lucky it happened to me. Thanks fate, so far so good."