Doug The Ugly Spud Could Be The World's Biggest Potato

A New Zealand couple, while weeding their garden, stumbled upon an unexpected find: a potato.

But not just any potato. This one weighs in at 17.2 pounds. 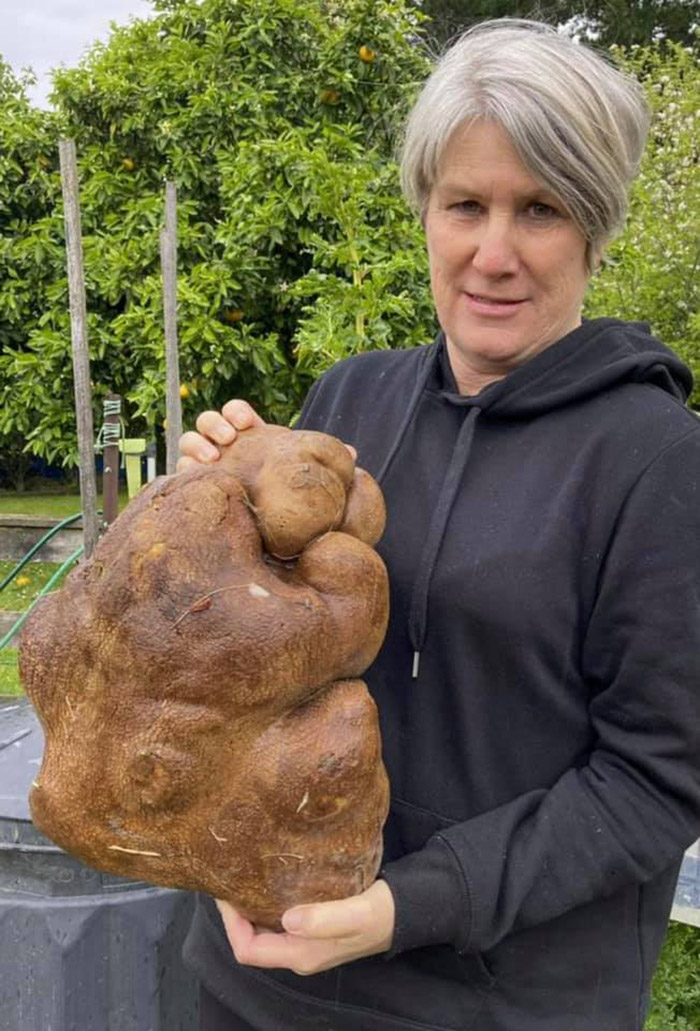 "We couldn't believe it," Donna Craig-Brown told the AP. "It was just huge."

It's quite possibly the largest potato on record. The current Guinness World Record for the heaviest potato is one that weighed just under 5 kg. 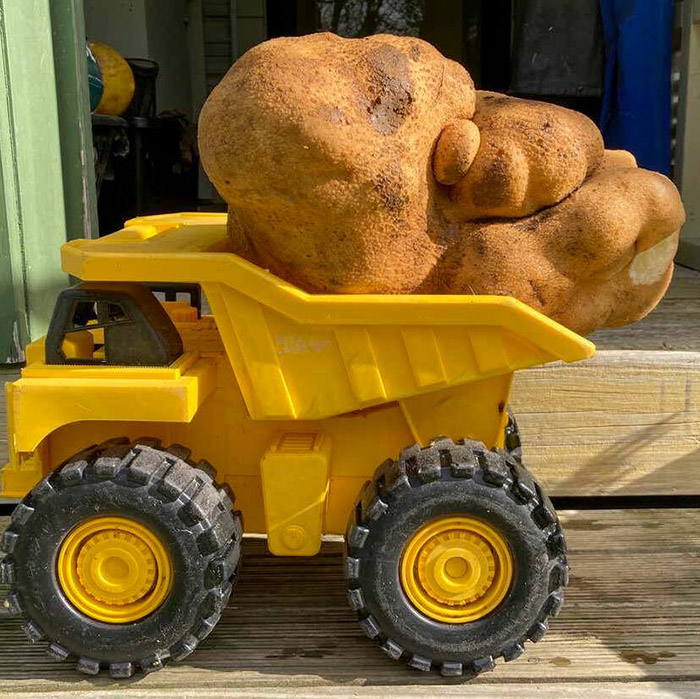 They have named the potato Doug and have even built a small cart to tow it around.

"We put a hat on him. We put him on Facebook, taking him for a walk, giving him some sunshine," Colin Craig-Brown said. "It's all a bit of fun. It's amazing what entertains people." 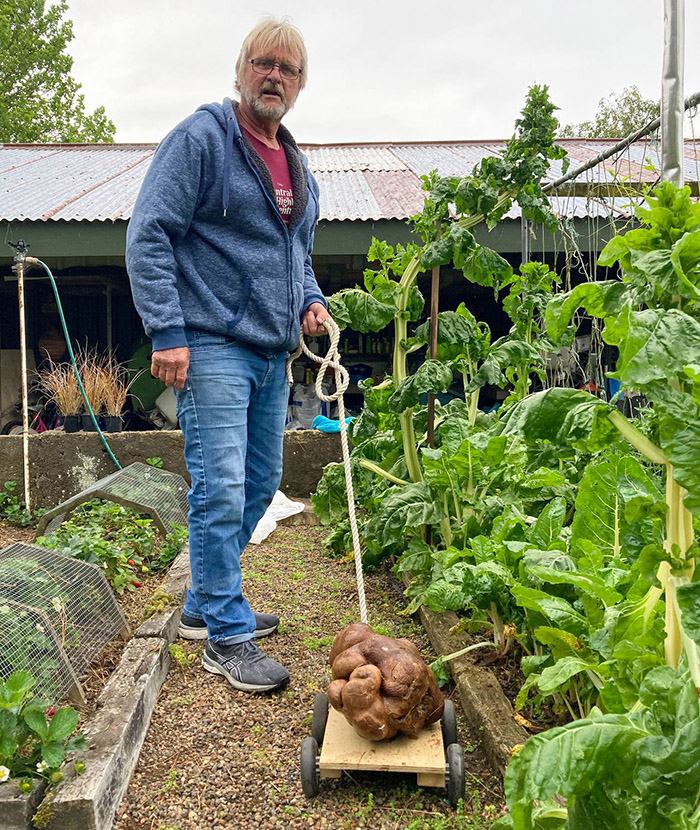 Doug says he wasn't even growing pototoes. They had been growing cucumbers in that area of their garden before the weeds took over. Doug must have been self-sown and quite possibly growing for a couple of years or more.