A drone has captured photos and video of an elephant herd taking a snooze in the outskirts of Kunming, China.

The elephants stopped for a rest after a long journey from their forest home. 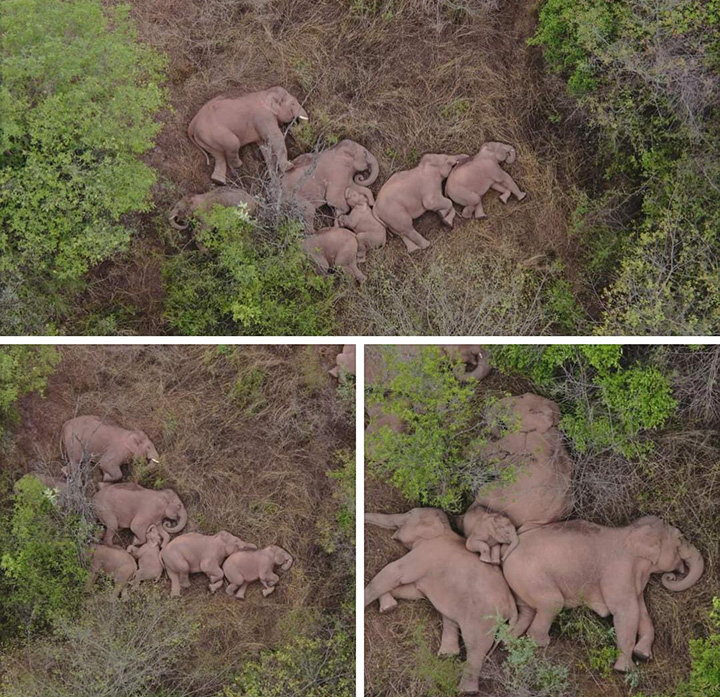 According to reports, 15 elephants have trekked 500 kilometres (310 miles) since leaving their home – a nature reserve in southwest Yunnan – last spring. And no one knows why they're on the move.

The elephants have been causing quite the stir online. Millions have tuned in to livestreams of the elephants on Weibo, China's second largest social media platform. Viewers are particularly charmed by the herd's three calves, including one who was born during the epic journey.

The elephants have also caused a lot of chaos by trampling everything in their path -- including crops and buildings.

But since elephants receive A-level state protection in China, authorities have been quietly monitoring the herd's movements with drones. And to keep the mammals away from crowded cities, either roads are being blocked with construction trucks or food is being used as bait.

The video you're going to see below shows the herd taking a nap together in a forest.