He Jumped Off The Golden Gate Bridge, Then A Sea Lion Miraculously Saved His Life

Back in 2000, a man attempted suicide by jumping off the Golden Gate Bridge.

He miraculously survived because of a friendly sea lion. 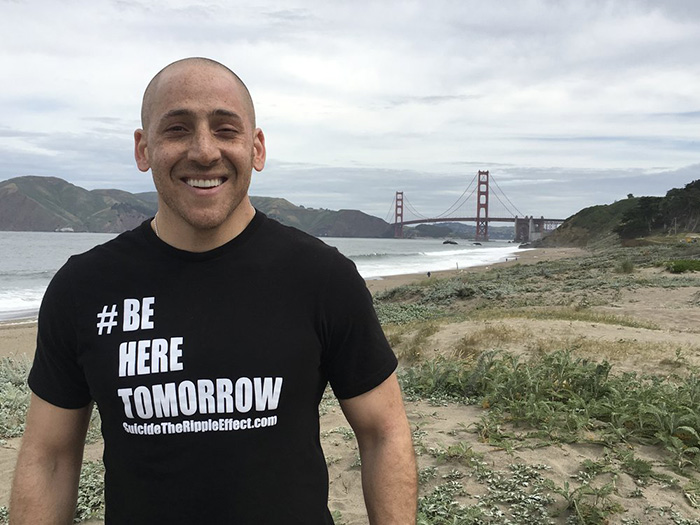 On September 25, 2000, Kevin Hines jumped off the Golden Gate Bridge due to mental illnesses.

"I jumped off of the Golden Gate Bridge. I was nineteen years old and after leaving the bridge, my first thought was that I had made a terrible mistake," Hines said.

Miraculously, he survived. Despite severe injuries, he was able to reach the surface of the water.

"Upon my resurfacing, I bobbed up and down in the frigid waters surrounding me. Then, something brushed by my legs, I feared it was a shark come to devour me whole. I tried to punch it thinking it might bite me. However, this marine animal (whatever it was) just circled beneath me, bumping me up," Hines recalled.

The sea creature helped keep Hines afloat until he was rescued by the Coast Guard.

Hines said he was flooded with emails after the show and one of them was from a man named Morgan.

He wrote: "Kevin, I am so glad you are alive as I was standing less than two feet away from you when you jumped…. And by the way it was not a shark (like you mentioned in the TV show) it was a sea lion and I have pictures."

Hines received a picture from birds-eye view of his near lifeless body laying atop a circling sea lion.

"The picture was grotesque, morbid and yet, at the very same time, beautiful," Hines recalled.

Now Hines tells his story to at-risk groups around the nation, urging people to get treatment for mental illness and helping them realize that suicide is not the answer.

As for the photos, Hines says he deleted them after opening the email.

"To those who read this, I say believe it or don't, that's completely up to you," he says. "I know the truth, and in this case and that is all that matters."