Louisiana Woman Celebrates Birthday Of Road Work On Her Street

A woman in Louisiana is celebrating a birthday with balloons, cake and a photo shoot.

But the party is not for herself, or any person. It's for the road work on her street. 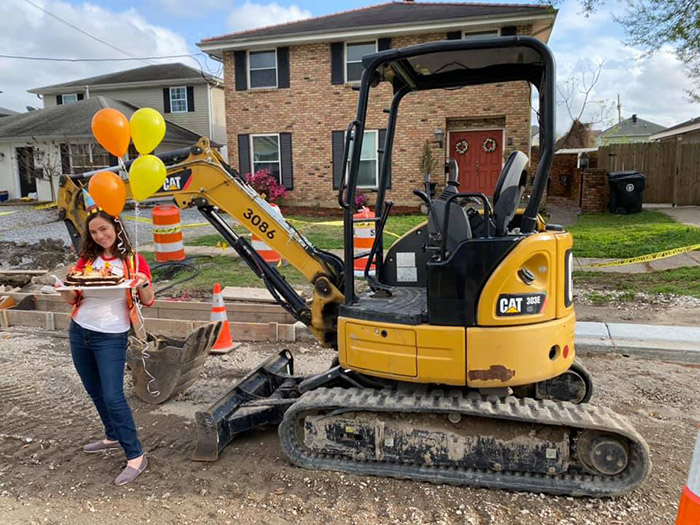 Natalie Naquin Harvey lives in New Orleans and according to her, the city began road work on her street exactly one year ago this week.

"Happy first birthday to our street construction!" she said in a Facebook post. "It was one year ago this week when they first began to rip up our street. One year later, half the street is impassable." 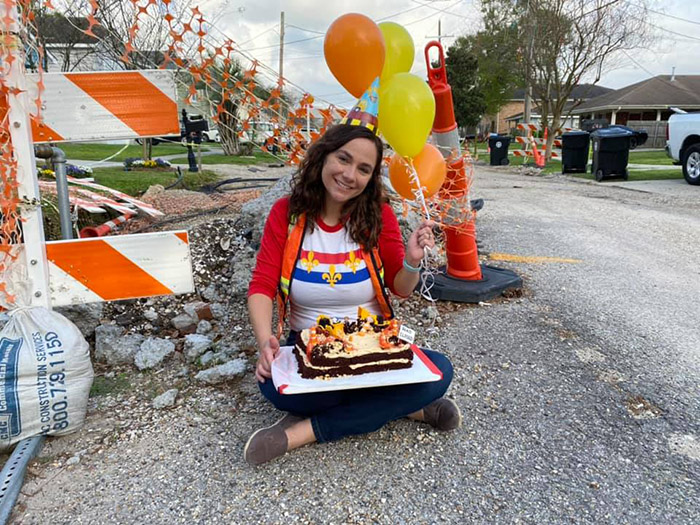 To celebrate, Natalie bought balloons and created a replica of the street scene in cake form: two layers of chocolate sponge with peanut butter frosting. 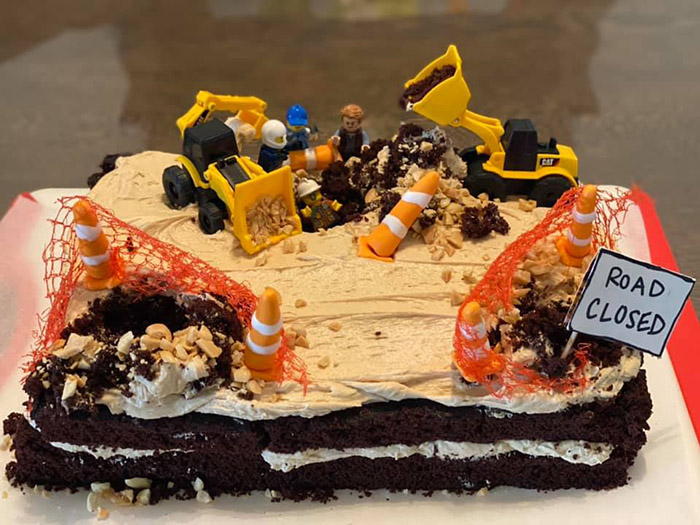 Her hilarious, lighthearted complaint has gained national attention with thousands of likes and shares.

"The best part of this cake is the depiction of 1 man working while the others stand around and watch. You're my hero," one person commented.

"Chicago only has two seasons winter and construction," another person wrote.

"Greetings from DC! Thanks for making us look good," wrote another.